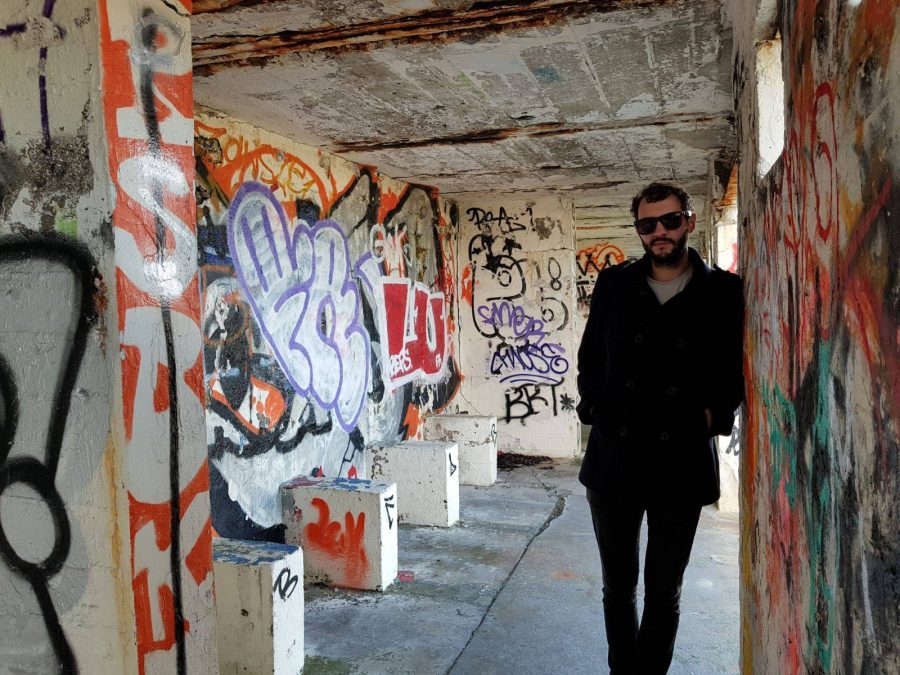 ‘Waves’ is the debut single from Badhands, a new solo project from Dan Fitzpatrick, a Dublin based songwriter and musician known for his previous work with The Mighty Stef and The Last Tycoons. The track, which is taken from the forthcoming album ‘Predictable Boy’ is a dreamlike folk song which was largely inspired by the day Dan and his older brother Jamie swam out to sea to scatter their fathers ashes near their family home in Glasthule Co.Dublin. Just as Sylvia Plath did with ‘Full Fathom Five’ Fitzpatrick uses the example of the oceans infinite power to evoke and pay tribute to the memory of his father.

The record was produced by Tom Cosgrave (The Minutes) and features multi-instrumentalist, and former Last Tycoons bandmate, Aoife Ruth as well as Ken Mooney (The Urges) on drums. The debut album, as a whole, is a collection of vivid, textured songs that range in tone from dark and brooding to frantic and energetic with moments of genuine euphoria weaved into the mix. You can hear the influence of some of Dan’s heroes such as  Nick Cave and The Bad Seeds, Leonard Cohen, Villagers and Arcade Fire. The record is beautifully intimate but also has an accessibility that will quickly capture the imagination of the listener.