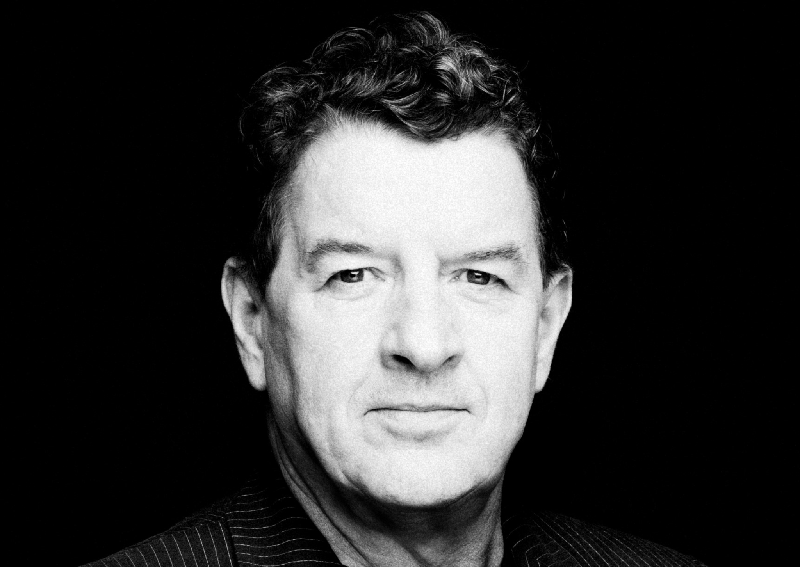 From the early days of his music with Stockton’s Wing to training at Ballymaloe Cookery School, food and music have been parallel lines that have kept Mike Hanrahan on track his entire life.

Mike penned hit singles ‘Beautiful Affair’ and ‘Walk Away’ for Stockton’s Wing, from which a world of touring and behind-the-scenes escapades began. With affectionate portraits of the legendary personalities he came to know along the way, Beautiful Affair rings with the sheer graft, dedication and serious sense of humour of a life well spent on stage – and in the kitchen.

Mike’s time training with Ballymaloe’s Darina Allen would see his hobby become a second career. Here, he shares favourite recipes from home, friends and professional kitchens across the country – from family recipes cooked on country hearths to vegetarian folk-club grub and tour-bus pressure-cooker stews. Beautiful Affair tells tales of the Irish music scene from the 1970s through to today, and wends its way through a lifelong love affair with Irish food.

‘This is much more than my story. In Beautiful Affair I introduce you to my friends – who share memories, recipes and quite a few amusing anecdotes that add so much sparkle to my life.’ – Mike Hanrahan

Mikes professional career began in 1977 with Maura O Connell in a duo called TUMBLEWEED. In 1980 he joined Stockton’s Wing as guitarist, singer and songwriter and recorded the album Take a Chance.

He wrote all the songs on Stockton’s Wing’s ground breaking and critically acclaimed Album LIGHT IN THE WESTERN SKY (1984) including hit songs BEAUTIFUL AFFAIR and WALK AWAY. Stockton’s Wing appeared at all the major European and American Folk Festivals. He also collaborated with Bella Fleck, The Dubliners, Finbar Furey and Maura O Connell plus a BBC Christmas special with Val Doonican. In 1988 they played support to Michael Jacksons Cork gigs during his Thriller tour. In1989 Sammy Davis Junior invited the band to perform at his Lansdowne Road shows in Dublin.

In 1990 Stockton’s Wing went on location to take part in the Noel Pearson/Jim Sheridan film production of the John B. Keane play “THE FIELD” which featured Oscar nominee Richard Harris and John Hurt. Mike Left Stockton’s Wing in 1994 to tour with Finbar Furey and pursue a solo career in Europe recording his first album for German label Wundertutte Someone Like You. Ronnie Drew invited him to collaborate on his 1997 theatre show ‘Ronnie I hardly knew Ya’ and they worked together until Ronnie’s death in 2008. Mike produced four albums for Ronnie, two with Eleanor Shanley which gave us the iconic duet ‘A Couple More Years’. The theatre show had two runs in Dublin and a very successful Off Broadway run at The Irish Theatre. They collaborated with many artists during these years including Liam Clancy, Finbar Furey, Johnny McAvoy, Jim McCann and Paddy Reilly as The Legends of Irish Folk with Mike as Musical Director.

Mike currently performs with a reunited Stockton’s Wing who have signed with Universal records to release a back-catalogue collection in January 2020. He also writes and performs with Leslie Dowdall and is currently writing Remembering Ronnie Drew with Eleanor Shanley for a 2020 extensive tour throughout Europe.