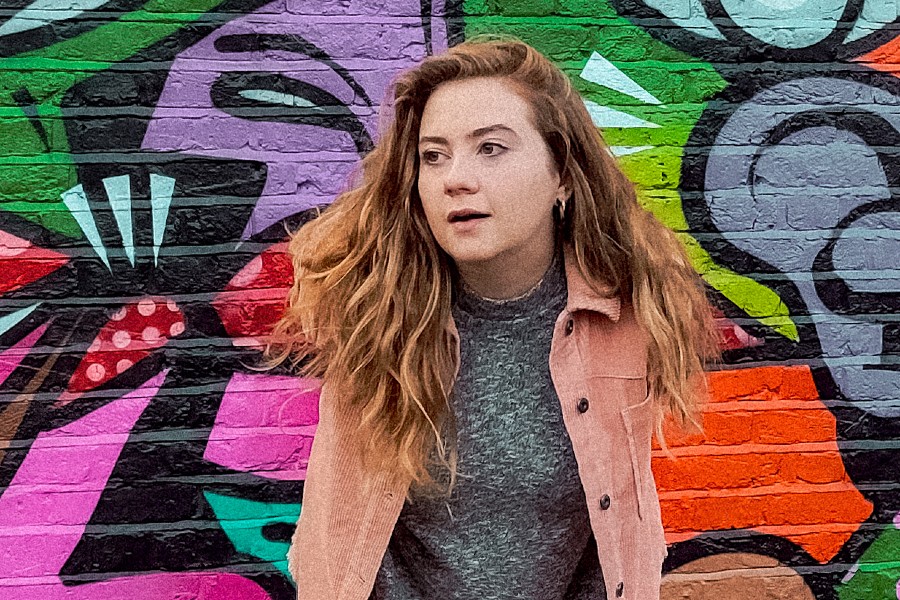 Aislinn Logan’s EP, ‘Look, I’m Flyin’, offered up breezy pop and gentle groove during a less than carefree summer. Lead Single, ‘What Everybody’s After’ saw Aislinn talk matter of factly about love, finding something with a magic that must be the goal of everyone’s pursuit. Its glistening melody showed Logan’s flair for writing, and the track was well-received by national radio and press.

The remainder of the EP cut a different tone – a war-cry against inner demons, and a garage inspired take on Undertones classic, ‘Teenage Kicks’. Lyrically, the EP dreamed about how wonderful things could be if we gave ourselves an easier time.

Now it’s time for the new noise. Logan’s been busy this year, and has been co-producing some material with Brian Kelly and Johnny Oakley, from Dublin and Kilkenny respectively. Having built up quite the portfolio of material over the course of 2020, the collective global situation has had its silver-lining and Logan feels confident that what’s to come is her best yet.

“There is so much pressure on us to do things a certain way, from such a young age – all our lives. Intangible pressure, words that slip into conversation, glances, the atmosphere in a room. There’s a fear that if you don’t conform to expectations you’ll be deficient in some way, when the opposite is true. I wanted to create something about rejecting the fallacy of expectations, and the pitfalls if you don’t.”

Channelling ‘Go Your Own Way’ sentiment, paying homage to Phil Collins rhythm (a favourite in Aislinn’s childhood), and going full-on ABBA with harmonies – ‘Never Stay Low’ seeks to charge the listener with renewed faith in their ‘pursuit’. “Whatever that may be,” Logan says, “Want to study Korean but your parents want you to do Maths? Some bozo call you a part-timer in the studio cus you have a day-job? Itching to move to a different city but not feeling brave?”

The track is wound around a simple guitar melody and deploys a tap-dancing sample with a gritty shuffle, but the chorus is where the magic really kicks off. Pad-synths lift the ear worm melody and Logan’s vocal is reinforced with gang harmonies, all underpinned by a percolating guitar riff surfing through. At the track’s peak, Jackson 5 style scats laud the build to a shimmering finish.

The track was co-produced by Brian Kelly and Johnny Oakley (of Moons Delux).