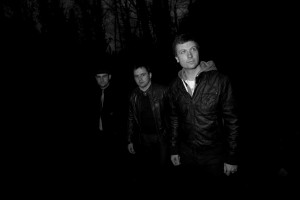 Fresh from performing at the Electric Picnic, Bell X1 are pleased to announce an Irish acoustic tour with dates across October, November and December, including a night in Vicar St on 17th November .   Tickets will be on sale most places this Friday, September 7th.   Ahead of that, the band are off to the States in September and will bring their acoustic tour to Europe in early 2013.

Field Recordings was released in July and is available as a mostly acoustic double CD available exclusively from the Bell X1 online Shoppe & most digital retailers. It contains songs from all 5 studio albums – Neither Am I / Music In Mouth / Flock / Blue Lights On The Runway / Bloodless Coup and was recorded on their sold out 2010 Global  acoustic tour.

“In late 2010, to commemorate the 10 year anniversary of the release of our first record Neither am I, we set out on an acoustic (ish) tour of North America & Europe.

Phil Hayes, our friend and sound engineer, recorded most of the gigs, taking the desk mix and a couple of ambient microphones in the room.

He also took many photographs of the sky, us guys, buildings and food.

From this bounty we’ve put together Field Recordings, 21 songs and photography from the road, and are very grateful to Phil for it”