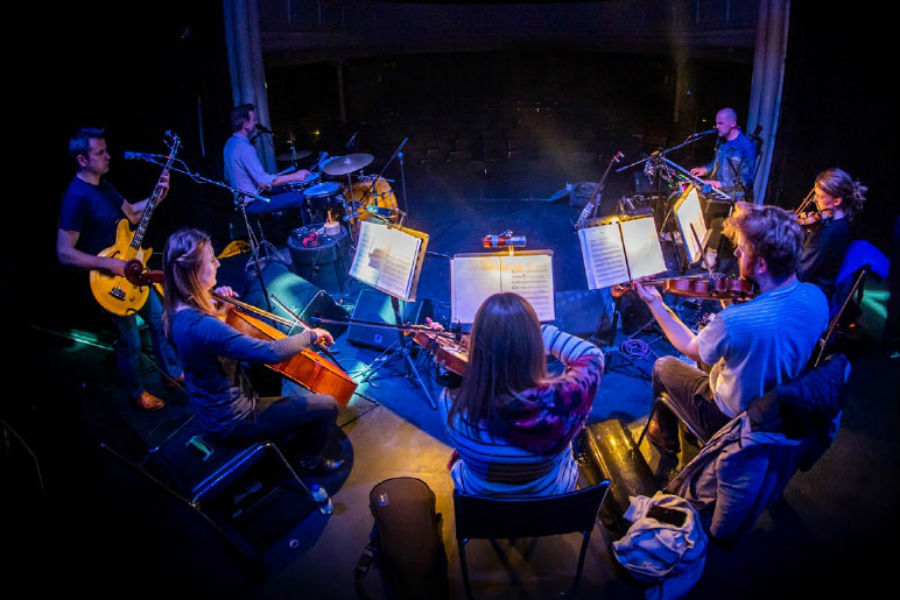 2018 witnessed Bell X1, one of Ireland’s most treasured bands, celebrate 20 years together with a remarkable five-night sold-out residency at Vicar Street. Bell X1 are now pleased to announce that the band will end 2019 performing their very special Acoustic-ish + Dowry Strings show at the venue, 29th & 30th November and 1st December. Dowry is the solo project of composer Éna Brennan.

“The shows with Dowry strings were such a joy, and we found ourselves imagining what we could do with many more of our songs. So we’re going to get into it again with them, and are looking forward to flinging more paint around together” says Paul.

Since the release of their acclaimed 7th studio album ‘Arms’, the group have spent time touring in America, Australia, the United Kingdom & Europe.  They’ve also released new material with their various side projects.  Paul has been working on his first solo LP with The Gloaming’s Thomas Bartlett, and Dave has been touring and releasing new material with Join Me In the Pines.

Bell X1 “Tongue 360°” (Acoustic-ish with Dowry Strings) from DESIGN FOR LIFE on Vimeo.