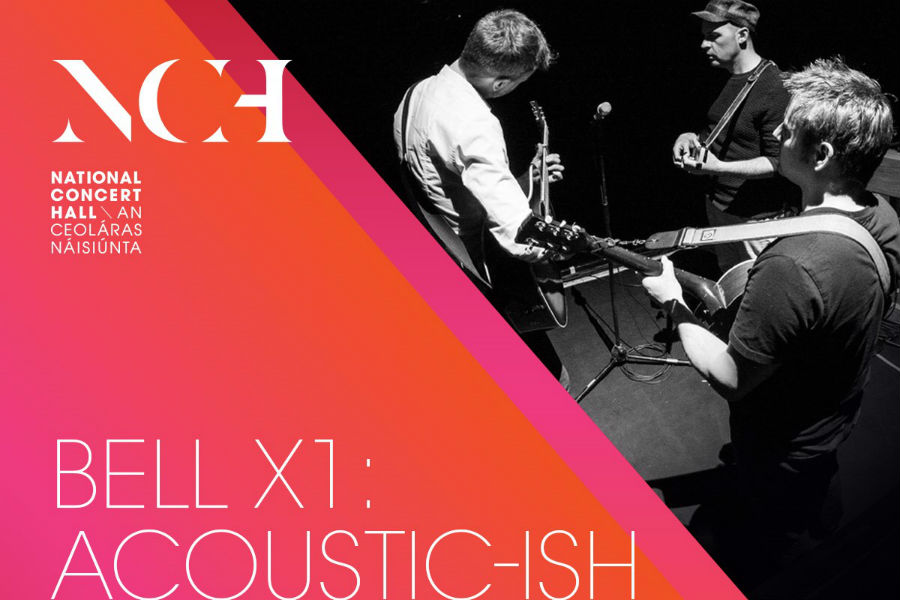 Bell X1 will bring a close to the celebrations of their 20th anniversary year with two shows at the National Concert Hall on the 28th and 29th November. The band will be joined by Dowry Strings (Éna Brennan).The shows mark the end of a year of celebrations which saw the band perform five sell-out concerts in a Vicar Street residency in March.

“The Bandiversary shows this year have been a real trip, and have re-kindled our love  for songs we haven’t properly gotten inside in a long time. And we worked with Éna on a show with strings for the charity Aware earlier in the year, and thought how great it would be to go deeper into the catalogue with the three of us and a quartet at the NCH” says Paul.

The pair of concerts in the National Concert Hall will feature a selection of songs from Bell X1’s catalogue.

Since the release of their acclaimed 7th studio album ‘Arms’, the band have spent time touring in America, Australia, the United Kingdom and Europe.  They’ve also released new material with their various side projects.  Paul has been working on his first solo LP with The Gloaming’s Thomas Bartlett, and Dave has been touring and releasing new material with Join Me In the Pines.