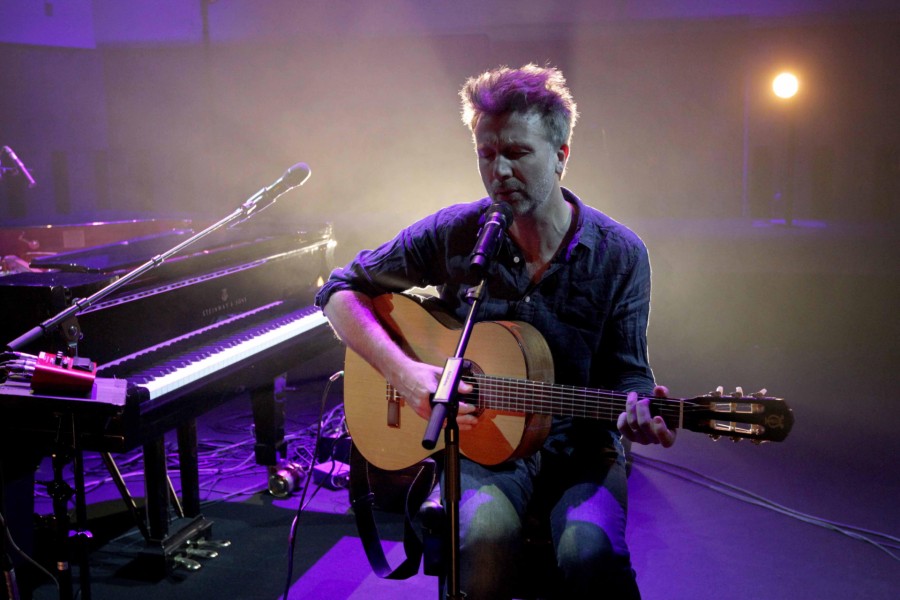 SOFFT Nights is a daughter of Spirit of Folk Festival, a small boutique event that emerged out of the 2008 recession. It makes sense that it would return for these particularly strange times.

BELL X1’s Paul Noonan, CMAT and Junior Brother are some of the most exciting acts to emerge from the Irish music scene and have confirmed intimate performances at SOFFT nights this October.

Co-Founder of SOFFT Nights, Natasha Duffy speaks about the event:

“The event is both a concert series and an experience. Along with the musical acts, there will be shamanic drumming journey in the woods, bonfires where you can roast your own smores, storytelling in a megalithic cairn and lovers walk around the beautiful lake. Dunderry Park is an immersion into nature and soul and that is what we want these nights to be about. Our plan is that every musician, act and worker will be paid for their time and we have priced the tickets to reflect this since it is only a 100 person event. We think that people will get behind it.”

Patrons will have access to the grounds from 4 pm and have time to explore the lover’s lake walk, megalithic cairn, forest trails, beautiful food from the wonderful Home Fries, and freshly brewed coffees and teas. The event will then evolve into a concert under a beautiful, socially distanced stretch tent with three enigmatic acts.

We will also be facilitating an outdoor shamanic drumming journey with Martin Duffy in the middle of the forest, theatrical monologues along the lake and pianists to be discovered in nooks and crannies around the grounds.

The event will be filmed live and streamed via online partner The Lock Inn and will be an immersive, visceral experience.  People can buy tickets to the online version and watch from the comfort of their own home.

PAUL NOONAN (BELL X1)
Paul Noonan is a Dublin based songwriter, vocalist and multi-instrumentalist.  He is best known as the frontman of the Irish group Bell X1 and as a solo artist and collaborator on various musical projects including Printer Clips, Starboard Home, and Imagining Ireland 21st Century Song.

CMAT
CMAT is a global pop star who lives in Dublin with her grandparents, where she is currently recovering from an AliExpress addiction.

JUNIOR BROTHER
Alternative Irish Folk Singer from Kerry with Acoustic Guitar and Tambourine. His debut album ‘Pull The Right Rope’ is out now.