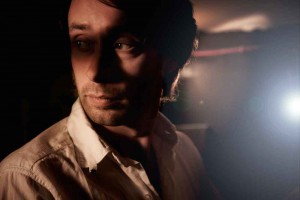 Ben Carrigan has just released his latest single, The Sweetest Stories, a precursor to his second album currently in production. The new track, written and produced by Carrigan and featuring the vocal talents of New Zealand’s Thom Cross, is the follow-up single to his 2011 debut solo album, The Greatest Narrators, an album likened to great singer-songwriters such as Tom Waits and Leonard Cohen.

Carrigan was a founding member of Mercury Music nominated, multi-platinum and award winning Irish pop group, The Thrills.  The group enjoyed worldwide success between 2002 and 2008 with 3 top 10 albums and 7 top 40 singles, and toured the world over, including with musical greats such as Morrissey, The Rolling Stones, U2, Bob Dylan, REM, Maroon 5 and Pixies.

Carrigan is an accomplished musician having learnt piano, guitar and drums at an early age. He studied under the distinguished Dublin based jazz musician and composer Ronan Guilfoyle and obtained a Diploma in Advanced Jazz Studies from The Guildhall School of Music, London. He was awarded one of the few scholarships to the Berklee School of Music in Boston and earned a place at the prestigious The Royal Conservatory of Music in The Hague.