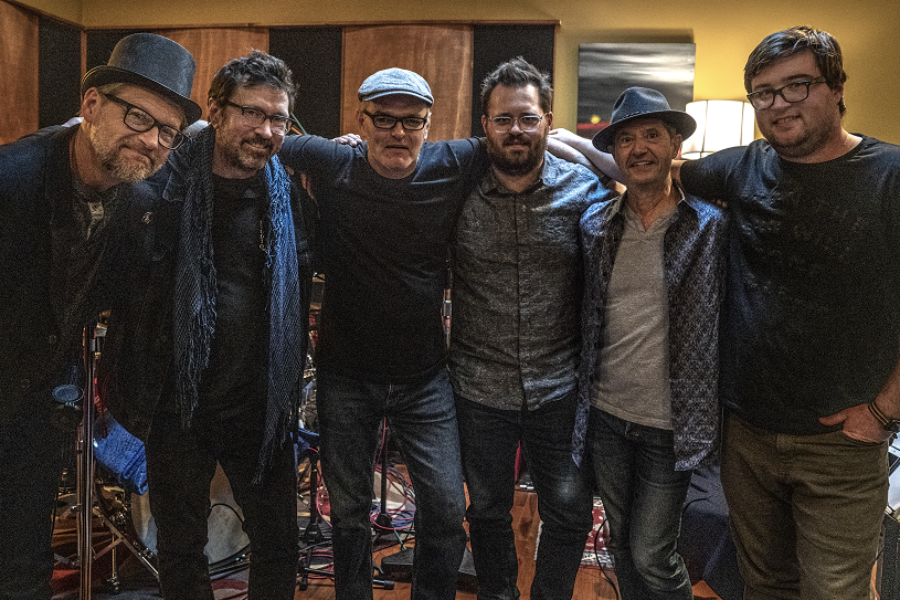 ‘The Nashville Calling’ is the title of the ninth studio album by Irish artist Ben Reel which is released today. Produced by Will Kimbrough, Ben Reel and Tommy Womack and featuring Garry W Tallent on bass from the legendary E Street Band. The album contains eleven new tracks all written by Ben Reel.

It was recorded at Skinny Elephant Studios in Nashville. This album was done and dusted in just three days with all live takes. Following Ben’s critically acclaimed experimental slow burner ‘Land of Escape’ from 2018, this new record has a more Americana, rootsy rock, live band feel.

As one critic said, “He’s not afraid to throw in some folk, soul, reggae vibes, which in turn call to mind John Hiatt at his best“. Another describes him as, “somewhere in the middle ground between rock and jazz or a sound that is sometimes reminiscent of Dylan and the Band.“

In a solo career which now spans over twenty years, Ben has received worldwide critical acclaim with numerous high profile TV/Radio appearances like BBC, RTE and Dutch NPO Radio. Supporting Jools Holland, Alabama 3 and The Cranberries and he has collaborated musically with such names as Hal Ketchum and The Blockheads. He has co written and performed live with his fellow countryman Tony McLoughlin and some of Nashville’s finest such as David Olney and Irene Kelley.

In the past Ben was selected to play an official showcase at Folk Alliance in Memphis TN and has toured as double bill with Tommy Womack (Nashville) in the US and UK and also with legendary American folk singer/songwriter Eric Andersen in the UK and Netherlands. While in Nashville he was invited to play the famous Bluebird Cafe on a number of occasions, most recently Sept 2018.

Ben Reel is a native of Silverbridge, South Armagh, Ireland.  Soon after high school at the age of 17 he started his musical career in 1989 performing & songwriting with local band Trim The Velvet before going solo in the late nineties.

Against the backdrop of the troubles in the North of Ireland, music became Ben’s way out.

He first picked up the guitar when he was fifteen years old, inspired by the realness of the likes of Bruce Springsteen, Van Morrison & Neil Young whose music struck a chord that resonated deep into Reel’s psyche. This is still reflected in Ben’s heart on the sleeve approach to performing and writing. Today Ben Reel performs occasionally as solo or duo with his wife Julieanne or while in the Netherlands with his Dutch band The Haarlem Boys but mainly he performs with his fantastic Irish band Ben Reel Band. He divides his time between touring Europe and the USA and producing music for himself and other musicians.