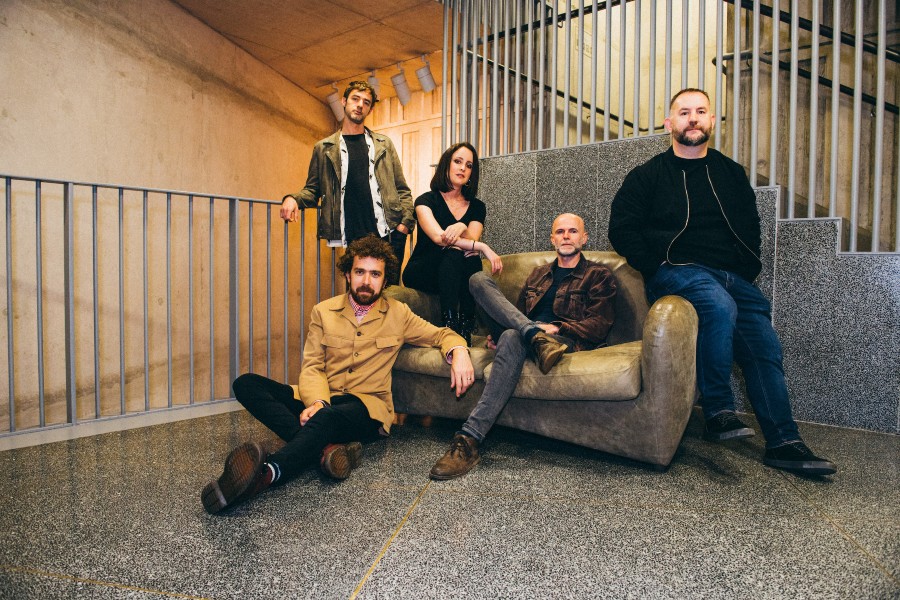 Beoga are back with a five-track instrumental EP entitled ‘Breathe’, released on 9 April. From the earthy vibes of ‘Origins’ to the invigorating joy of ‘Up’, each track in some way reflects the global upheaval over the last twelve months and the personal experiences of the band members. Produced by the band’s own Seán Óg Graham, ‘Breathe’ is an EP that reflects a melting pot of emotions and influences held together by that unmistakeable Beoga sound.

The EP opens with ‘Origins’, a reflective air symbolising the hopes of a new year and new beginnings, featuring delicate piano and lush string lines amidst a pensive melody on accordion. ‘Disarray’ has darker, grungier textures with distorted electric guitars, drums and synths. ‘Up’ features a sample from the incomparable Maya Angelou, the iconic American poet – ‘Just like hopes springing high, still I’ll rise.’ This is followed by ‘Fired’ a meditation on climate change and the human role within it. ‘Breathe’ closes out the EP; vocal samples project a sense of meditative calm whilst fiddle and accordion provide a trad undertone throughout.

Beoga thrive on approaching Irish traditional music differently, whether that’s on production or by mixing genres. ‘Breathe’ continues with that same adventurous spirit and along a path Beoga embarked upon with their May 2020 mini-album ‘Carousel’ which introduced new audiences to Irish music.

Singer Niamh Dunne opines, “The record started out with fragments of ideas. In the last few years as a band musically we’ve taken a lot of twists and turns; we figured an instrumental EP would give us the opportunity to bring everything together in terms of a sound that captures where we’ve come from, as well as where we are now.“

Beoga was formed in County Kerry in 2002 at the All-Ireland Fleadh and the line-up features Damian McKee on accordion, multi-instrumentalist Seán Óg Graham, pianist Liam Bradley and Eamon Murray on bodhrán, with Niamh Dunne joining in 2005, on vocals and fiddle. After five albums, a shortlist for a GRAMMY and numerous international tours, Beoga reached a wider international audience as a result of a chance encounter with Ed Sheeran, Foy Vance and Johnny McDaid. This led to the band co-writing Ed’s massive hit ‘Galway Girl’ and ‘Nancy Mulligan’ from his album ‘Divide’. They also performed as Ed Sheeran’s only special guest on his headlining Glastonbury performance and supported him on his Irish stadium tour in 2018.

Gigging opportunities have been thin on the ground in recent months, but Beoga are proud to present an exclusive online concert broadcast live from The Limelight in Belfast on Sat. 17 April. This show should have been a live show and we all know why it now isn’t, but the band didn’t want to let their fans down so it has been reimagined as an online concert. The show will feature music taken from their extensive catalogue including ‘Carousel’, as well as some brand-new music from ‘Breathe’. This concert provides a unique chance to see Beoga perform live in their hometown from anywhere in the world, along with a live aftershow hangout, the one-time opportunity to buy exclusive new merch, and the option to create private ‘houses’ to watch from with your friends. For more information go to https://www.momenthouse.com/beoga

In addition, both of Beoga’s planned April shows in Belfast & Dublin are being rescheduled till November so any ticketholders for these gigs can hang onto their tickets as they will remain valid for the November shows.