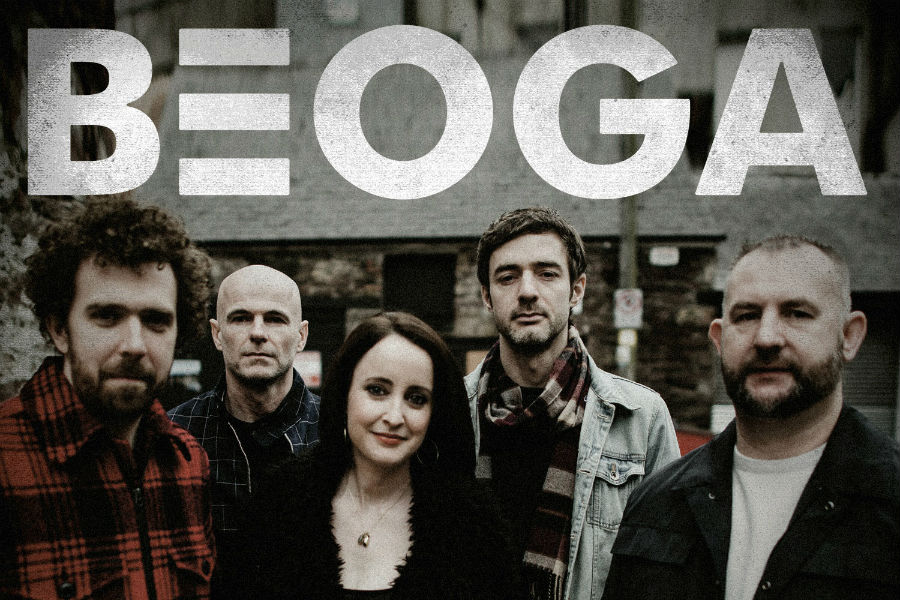 Most bands would have plateaued after fifteen years in the game, but Beoga isn’t most bands. Describing themselves as “new wave trad,” the past couple years saw Beoga tick off an enviable list of accomplishments from their shared bucket list.

The turning point came when Beoga collaborated on two songs on Ed Sheeran’s global hit album ‘÷’. After the album shot to the top of the charts all over the globe, those two tracks – ‘Galway Girl’ and ‘Nancy Mulligan’ – accumulated over 687 million streams on Spotify. Suddenly Beoga landed their first chart-topping hit in Ireland with ‘Galway Girl’, a guest slot during Sheeran’s Glastonbury headline set, and a debut appearance on Top of the Pops.

After five albums as Beoga, their work with Ed Sheeran, and writing with Foy Vance and Snow Patrol’s Johnny McDaid, the quintet have refined their focus to finding the precise intersection between trad music and contemporary pop. Beoga recently signed to Columbia Records and are working on new music that does just that.