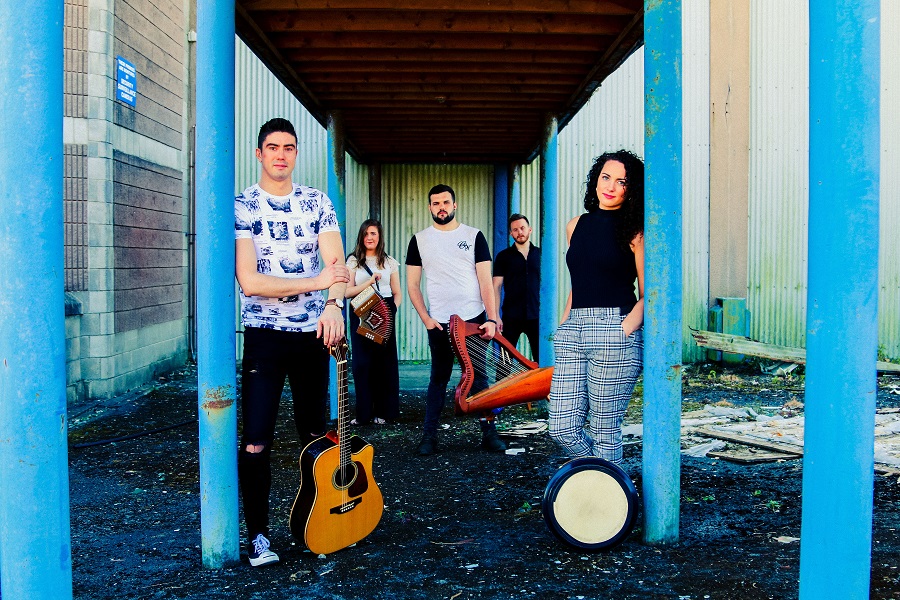 “Life is for living you’re not a machine.”

This is the fundamental message, as well as the opening line of Billow Wood’s new single ‘Carpe Diem’.  Many people find themselves moving through life, ticking boxes, just because it is what they think they should be doing, but ultimately finding a part of them incomplete.

‘Carpe Diem’ (seize the day) is a song that encourages someone to make the most of the present as it is not the things we do in life that we regret, rather it is the things we don’t do. This harmony driven up tempo song captures that motivational Latin message.

Billow Wood’s unique ability to combine male and female vocals along with acoustic instruments, fused with mainstream rhythm, allows them to create a modern folk/indie song with clever production. The sound of a grandfather clock in verse three indicating the passing of time, a subtle reminder to get up and go.

Billow Wood are an exciting new band committed to creating a new fusion sound for people of all ages to enjoy.

Following the release of their debut EP ‘Can You See Me’ to a sell out crowd in Whelan’s music venue, they were featured in Volume 41 issue 21 of the very prestigious HotPress magazine in their ‘Rising Acts You Should Keep an Eye and Ear on’ section. Their first single ‘Turn Out The Light’ was the official song for Pieta House fundraising campaign “On Your Bike to Save a Life”, which they showcased live in Today FM with Fergal D’Arcy. Their singles ‘Two Doves’ and ‘Pushin And Shovin’ were both featured as JOE.ie’s Song of the Day upon their release, and received a fantastic response from the followers of the site.

Billow Wood have just completed a 19 concert tour in Germany with Irish Hearbeat Tour where they showcased their original music.

They are looking forward to their second US tour this Autumn, taking in Orlando, Chicago, Nashville, Indianapolis, Cincinnati and Milwaukee on their travels with funding from Culture Ireland. The band have also picked up advice and tricks of the trade from established Irish artists while supporting Aslan, Mundy and De Dannan to name a few.

‘Carpe Diem is available on all music streaming sites. Download your copy now!’