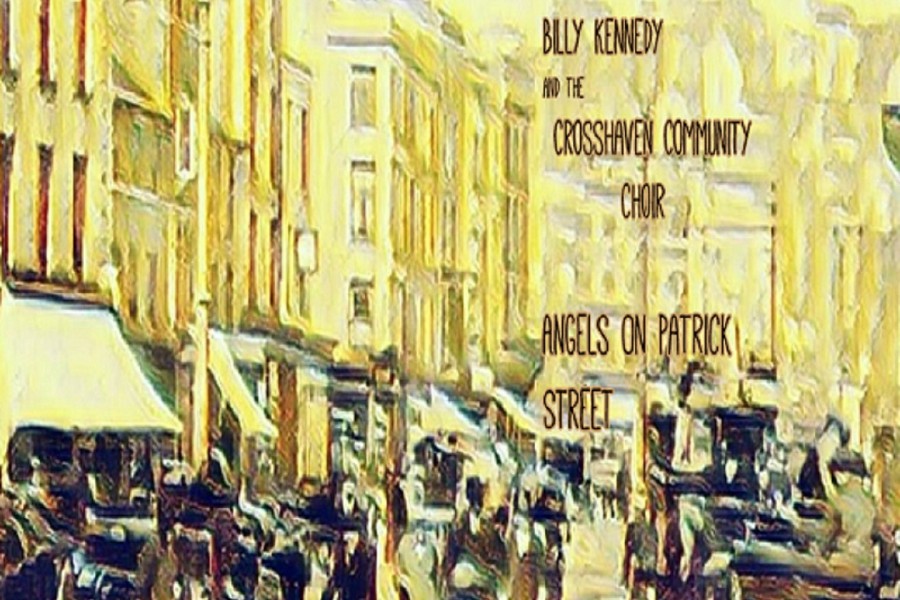 How long does it take for a simple song to travel around the world? Cork songwriter Billy Kennedy has the answer. He collaborated with The Crosshaven Community Choir for a haunting new song ‘Angels On Patrick Street’. The song was given a soft release on his Facebook page last week, and has touched people around the world. With a voicemail from Maui, Hawaii, and messages from Boston, Ecuador, Johannasburg, Sydney and the UK while the world is in lockdown, ‘Angels On Patrick Street’ has proven that music has no borders.

Ironically, Billy and the Crosshaven Community Choir have yet to perform this song together. Due to social distancing restrictions a more creative approach had to be taken while recording the song. The choir, under Dr Eva McMullan, rehearsed the song over a series of Zoom sessions, then members recorded their parts individually on their phones. The music and voices were put together by Billy at his home. The choral arrangement by Richard Rudkins adds a stunning backdrop to this song of hope that Billy and the Choir wish to dedicate to those lost to Covid 19 this year.

This year has been busy for Billy Kennedy who released three singles, ‘Giants’ in August, and ‘Sea Creatures’ in October which featured on the RTÉ Radio1 Recommends List.

‘Angels On Patrick Street’ will be released on Monday December 14th as a digital download. For further details see www.billykennedy.ie