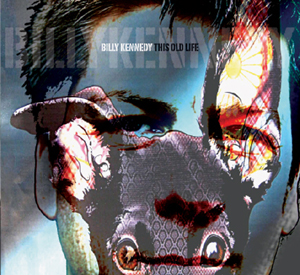 As well as fronting the acclaimed band The Horsies, he spent four years as host of the ‘Under The Lamp’ open mic night in Charlie’s Bar, Union Quay. The intimate atmosphere of the bar created a wonderful platform where only original material could be performed.

A CD was released in 2006 featuring 15 of the regular artists. 2011 saw Billy’s song ‘Party’ used in an RTE 1 radio documentary There was Love, and also saw the release of his first solo offering ‘25 Ways’ a three track EP. This June 17th Billy releases his first full length album ‘This Old Life’ which contains 10 tracks. To launch the album, Billy plays The Crane Lane Theatre at 6 pm.