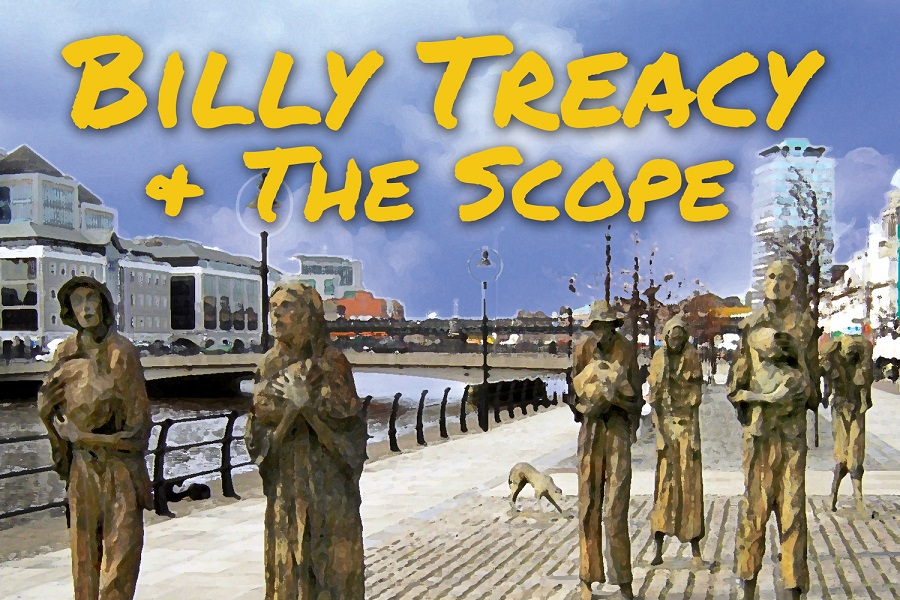 Billy Treacy & The Scope have just released the single ‘Moving This Way’.

Billy is originally from Dublin’s inner city and is well-known around the city centre gig circuit. He has several residencies including Saturdays at The Stag’s Head, Dame Lane and weekly performances at O’Shea’s Hotel, Talbot St. Billy is back in the studio recording new songs, including the single Moving This Way in which the lyrics are an expression of what it’s like living in the Ireland of today.

It’s the first release since his 2015 Debut Album ‘Head Above Water’ which features the songs ‘Woe!’ and ‘Temple Bar’, both of which gained traction through live performances and viral videos and follow on from a tour of Scandinavia and The Netherlands in 2016 which you can see here: https://youtu.be/12QLzP9O72s

Billy Treacy & The Scope have a contemporary approach using traditional instruments to create an overall folk and roots vibe with influences stemming from The Pogues and The Dubliners as well as legends like Bob Dylan and Johnny Cash. The style is mixture of both folk and traditional and remains respectful to the past while belting them into the present with a down and dirty punk edge rather than an over-produced polished approach.

The Scope are a group of musicians, some of whom regularly play with Billy while others are more transient and join in depending on the scale of the performance.