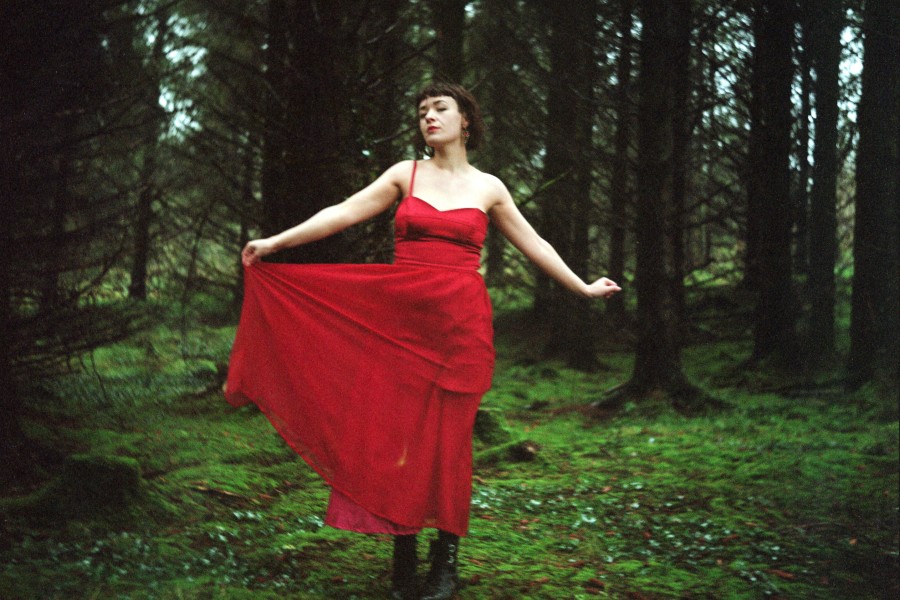 ‘Birdsong’ is the fifth and final single from Limerick singer-songwriter Emma Langford, ahead of the highly anticipated release of her sophomore album ‘Sowing Acorns’. The track is a full-throated, acapella folk ballad featuring vocals from some of Langford’s musical peers: Ruth Smith, Alma Kelliher, Sive, Jess Leen, Cari Q and Niamh Farrell.

”I called on a group of women I find inspiring to join me on this song. It feels like a rallying cry – a protest song. I needed an army of mná.

‘Birdsong’ is a celebration of who we know we are deep down in the marrow of our bones, no matter what society tells us. You are who you are right down to your bones, and that person is fine, and nothing anyone says or thinks can change that.

I spent a lot of time when I was younger never quite feeling like I fit in, hating how I looked, how I felt in my own skin. This song is a rebellion against that.”

As her forthcoming album ‘Sowing Acorns’ was being pieced together, Emma made the decision each track would be a series of dedications, with a strong focus on the women in her life.

“’Birdsong’ is a salute to the warrior women behind the Mise Fosta and Fairplé movements. Two advocacy groups who have been vocal in recent months around their own experiences of sexual assault and gender inequality across folk and traditional Irish music.”

The video follows 11 year old Líla Courtney as she wanders, spellbound, through a historic ruin. Líla is the personification of our inner child, showing wonder, a sense of adventure, and unmistakable strength.

Breathlessly she takes in her otherworldly playground, ascending finally to the ruin’s exposed rooftop where she launches into a powerful hardshoe Irish dance routine, created for this project with the help of her tutors at the Cabe Academy of Irish Dance. The video was shot, edited, and colour graded by Robin Guiton.

Emma was approached by Jessica – who also features as a vocalist on the track – about creating the music video: “I closed my eyes and saw this video the first time I heard ‘Birdsong’. The beat that comes in at the end echoes everything we love about trad in Ireland. It’s uplifting, encouraging, and proud, and that really is what I felt was the backbone of this beautiful raw song” says Leen.

“The inspiration for the video came directly from Emma’s lyrics, and the tribal feel of female empowerment throughout.”

The song is available to buy/stream on Bandcamp. Emma has also released a special remix of the track by Cork’s freezerRoom, a collaborative group with Graham White and Rory Dempsey at its core.

Listen to Emma’s Music on Spotify