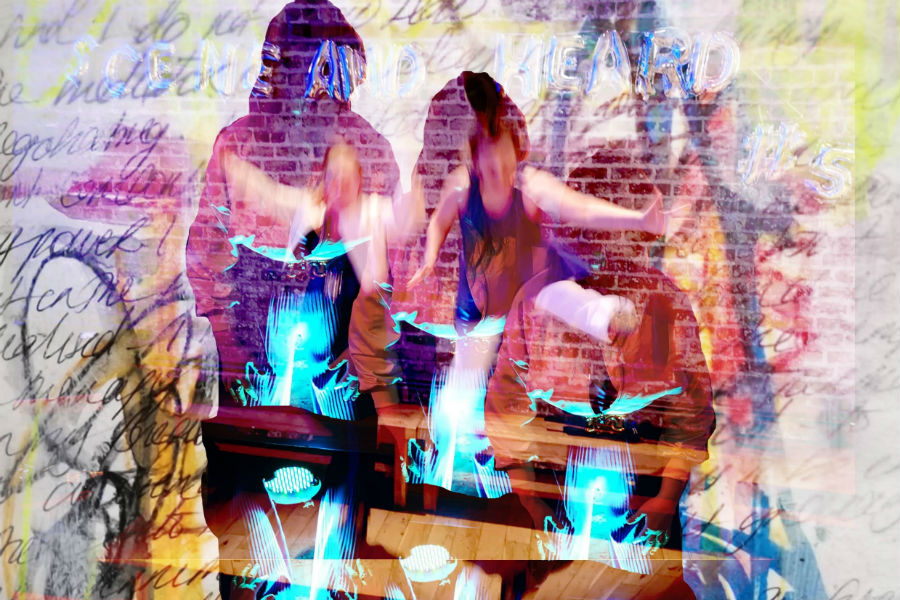 There is something happening right now with poetry and music.  A multi-disciplinary wave has crashed across the scene. It feels like the zeitgeist of the early 70s when Patti Smith reinvented what a “Gig” was and became the high priestess of punk. Birdwoman walks in the footprints of such giants. After a brief divergence from music, she became the current Leinster Slam Poetry Champ in November 2019. She returns with a brand new stage show in tow comprised of all the elements of her various artistic disciplines. It’s called “The Lightwave Residual” and the world Premiere is Sunday 16th February, in Smock Alley, Main Space, at 12pm.

How do we heal from the human condition? Birdwoman has been asking this question through her art for years. And who is Birdwoman? She is the current Leinster slam poetry champ, an acclaimed musician, artist and spiritual physicist. She believes that real and profound change must begin on the energetic level first. In a society continuously distracted and consumed by out of control mass media consumption, as text messages, online dating and automation replace real and necessary human interaction, we stand on the front line of a serious mental health crisis and wonder how we got here. Isolation, loneliness, anxiety, burnout and depression are a plague on the modern lives of human beings. The “Lightwave Residual” wants to hold the space for humanity to witness itself at its most vulnerable and powerful. It is a multidisciplinary theatrical experience that wants to entertain, inform and empower. It is a radical act of hope; a wrecking ball to to the limitations we place on ourselves as human beings.