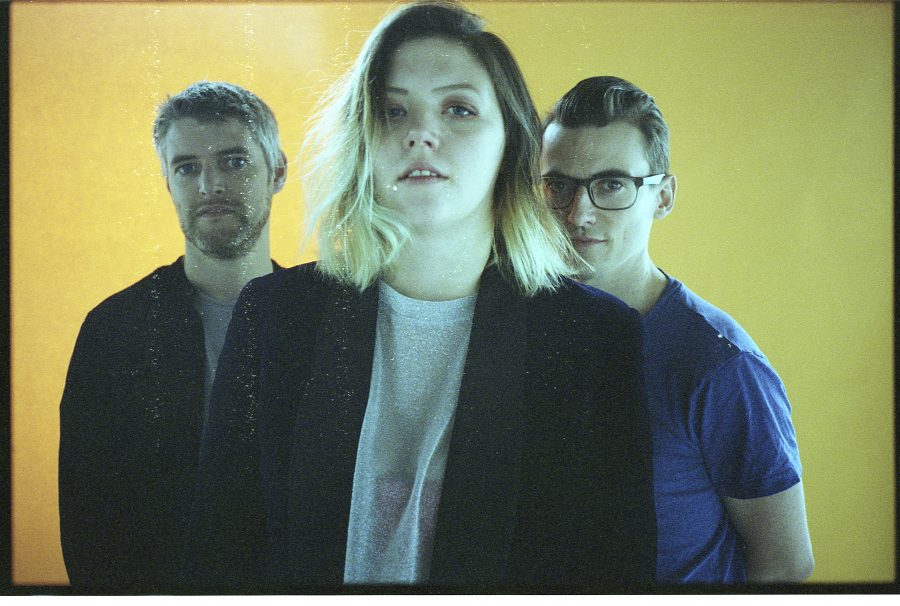 Reckless Records proudly presents the latest studio recording from Bitch Falcon ‘Panther’, streaming from May 24th. Bitch Falcon will showcase ‘Panther’ at The Great Escape, ANTIfest, Camden Rocks Festival, Y Not Fest and many other recognised music festivals this summer.

“‘Panther’ is about being blind in the present, letting everything around you move on as you sit dwelling in numbness. It’s a realisation that you’re stuck in between your emotions and physical reactions come first before really understanding how you feel “Only the tears spilled show me what I want”.” – vocalist, Lizzie

Four years on from an initial explosive emergence, the Dublin-based three-piece haven’t so much discovered their voice as relentlessly refined it. If anything, they relish in sharp declarations, their signature sound always moving forward even when throwing a nod to the past. The aesthetic is raw, even a touch frenzied, yet the chaos is controlled in a ferocious through line that harnesses the strongest elements of rock, grunge, metal, hardcore and melodic electro-pop. Through it all, Bitch Falcon make this busy mix sing in a distinctive, once-heard-not-forgotten voice.

Pulsating tracks like ‘Wolfstooth’, ‘Syncope’, ‘TMJ’ and ‘Clutch’ speak to a band unwilling to sit still and stay quiet. These are songs of punch, grit and verve. Up close and personal, they make an even greater impact as the band’s deserved reputation as one of Ireland’s most engaging live prospects, comes to the fore. In their short time together, the trio have shared the stage with the likes of Fucked Up, Torche, The ZZZ’s, Glen Hansard, No Spill Blood, Pussy Riot and Les Butcherettes.

Bitch Falcon have packed rooms in Toronto, LA and London and toured relentlessly across Europe, the UK and are a massive draw on the Irish festival circuit. After a blazing show at Eurosonic, a sold out mini Easter tour with support from THUMPER, and radio support from BBC Radio 1, Kerrang and Radio x in the UK and beyond with their last single ‘Prime Number’, Bitch Falcon have really built up an appetite for this new offering, ‘Panther’.