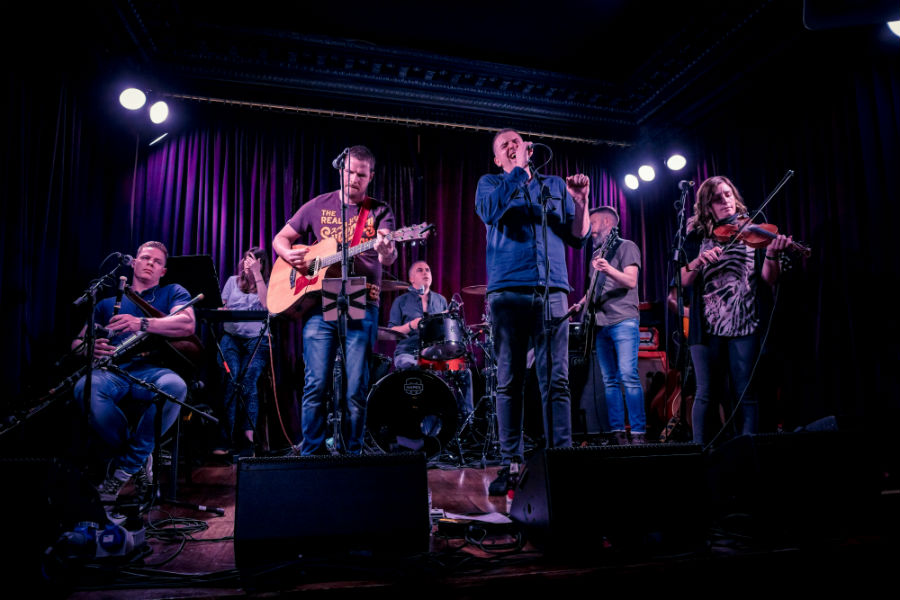 ‘Hope Springs Eternal’ sees the band join forces once again with fellow Dubliner, Damien Dempsey. The track is a fusion of powerful indie rhythms that drive the song and oblique traditional tones and drones, along with a duet that reflects on the enduring power of nature and man’s struggle to manipulate and contain it.

The band bring together a plethora of musical influences from indie rock and Americana to Irish folk and traditional. Much like the subject matter the songs discuss, the music is a reflection of where they’re from, unmistakably Irish, but a changing Ireland.

Black Bank Folk play their last headline gig of 2019 in Dublin’s Lost Lane on Nov 22nd and will support Damien Dempsey in Vicar St on Dec 20th before a Tradfest showcase gig in January and planned European dates next year.