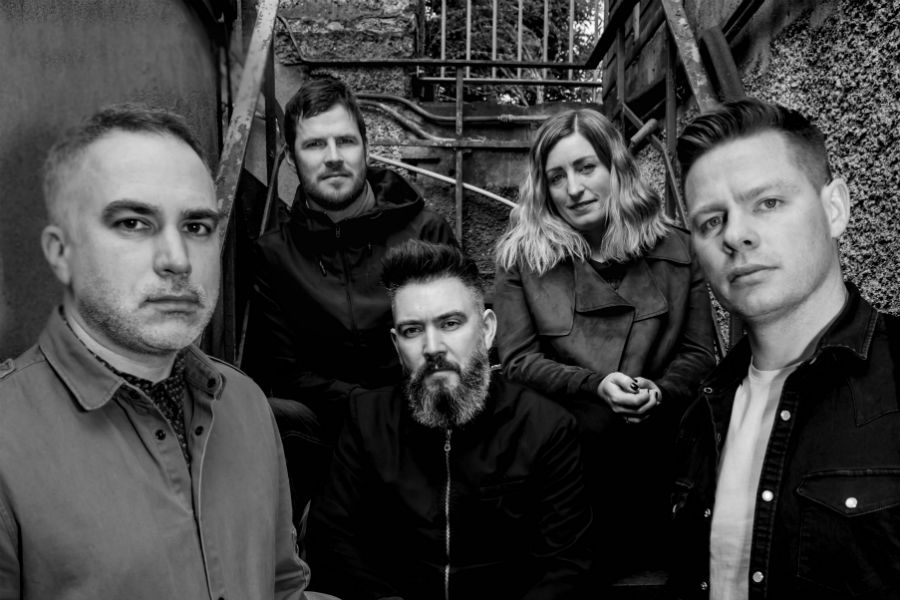 “.. stories of love, faith, loss and vision are told with fluency and grace..The sweeping arc shaping this collection gives the stories of the Rising an immediacy that will likely resonate with a whole new audience.” 4/5 The Ticket- The Irish Times

Above are quotes from their critically acclaimed debut, ‘RISING’, this new album promises much. Recorded at Orphan Studios and produced by Gavin Glass, and featuring a collaboration track with Damien Dempsey, the album shows a musical progression from the bands first outing. The band are hoping to revisit radio session with Pat Kenny on Newstalk, Cathal Murray and Fiachna Ó Braonáin on RTÉ Radio 1 and previous support from Radio 1, LMFM, KCRW and WLR

The band are made up of John and Mark Colbert, (stalwarts of the Irish music scene having played and toured with the likes of Damien Dempsey, Paddy Casey and Jerry Fish), James Sheeran, and traditional multi-instrumentalists Sean McKeon (2005 TG4 young musician of the year) and Sharon Hussey (winner of the Golden Fiddle awards, Melbourne 2010). The music brings together Indie and Folk with strands of traditional and Americana, and blends the ancient with the innovative.

James Sheeran explains,“I think a lot of the elements that made ‘RISING’ work so well have been retained but there just feels like there is a slightly darker, more contemporary edge to this record. Maybe it’s come from the different ways the two albums came about. With ‘RISING’ (a 1916 concept album) we were very conscious of telling other peoples’ stories as best we could and in a musical style that sat well with the raw subject material, whereas here you see a lot more of our opinions, feelings and ideas coming through. There is no one overarching theme to ‘Last Star Fall’ but I suppose a lot of it is to do with letting go and saying goodbye. To various things or people and for various reasons. It’s a record about endings but also about beginnings and while there are dark moments I really feel the hope radiates through. Breaking stuff down to build it up again. We’re really happy with it and we’re excited about getting it out there.”

Black Bank Folk launch ‘Last Star Fall’ at Dublin’s Lost Lane on 26th June, followed by an appearance at Tower Records on Dawson St at 5pm on 28th and round off the week at Kaleidoscope on the 29th.