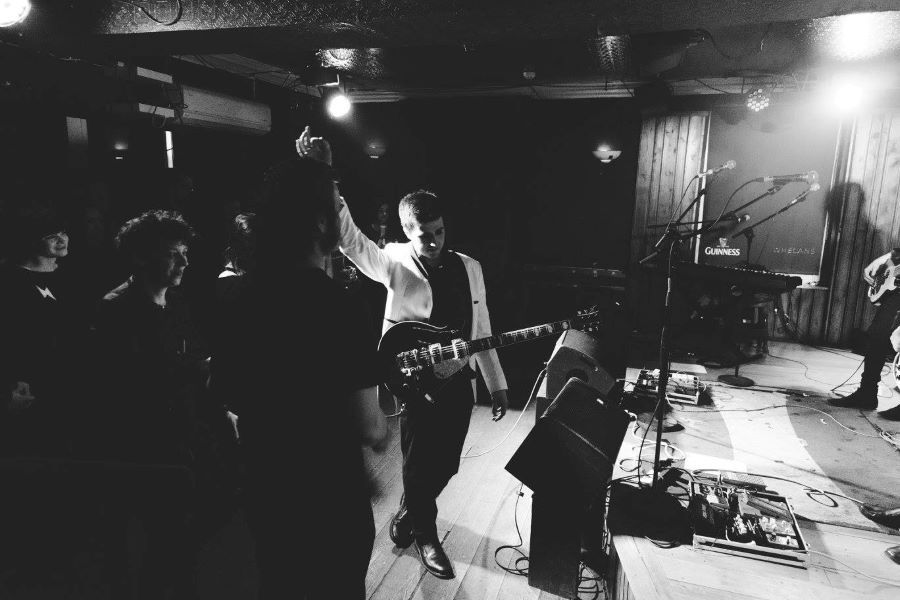 Berlin-based recording artist Black Pope has just dropped new single ‘Werewolf, Man’ just in time for the October full moon. The song is accompanied by a self-directed 80’s slasher-inspired music video starring Lucie Aron (Replace, Berlin Syndrome). The song also features a line of dialogue recorded by Sherilyn Fenn of Twin Peaks, which the artist cites as an influence on his upcoming album.

‘Werewolf, Man’ clocks in at less than two minutes, but packs in a wall of guitars, big bad drums and all the slap-back vocal noises one could ever dream of. The lyrics describe a small community scrambling around trying to handle a werewolf problem.

“I love the mythology of werewolves because the transformation is so sudden and so dangerous. The imagery is so universal that I feel like you can interpret it as a rich and personal metaphor, or just a cool song about werewolves. I’m not sure exactly what was going through my head at the time, but in general I had a strong desire to burst out of my skin.”

The song was recorded with producer Cian Riordan (St. Vincent, Mini Mansions) and follows September release ‘Goth Girl’ as the second single from Black Pope’s debut album, set for release next year. The album was recorded over seven days in Monique Studios in Cork, Ireland and has been described by the artist as “a love letter to loserville”.