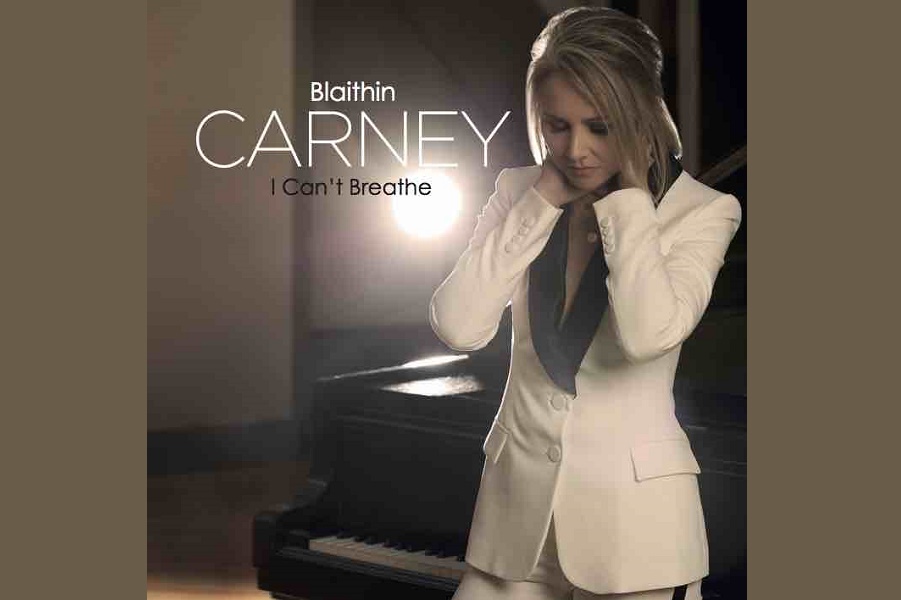 Blaithin’s new single, ‘I Can’t Breathe’, is an anthemic liberation from the insufferable anguish ascribe to social media.  Never at the expense of verbal clarity, Blaithin’s lyricism unravels the paradox that our highly connected world has made us disconnected. Juxtaposing a high energy tempo with a relatable sadness, Blaithin’s cadence and style is both formidable and refreshing.

Blaithin’s next headline show at Whelan’s Dublin (Upstairs) on Friday May 24th will see Blaithin perform with her band and string quartet. Tickets are now on sale via tickets.ie and wavtickets.ie.

Over the last 18 months, Blaithin Carney has put her powerful imprint on the Irish music scene, with four Top 5 hits in the Irish singer-songwriter charts. Her debut single, ‘Rome’, entered at #1, knocking Ed Sheeran off the top spot. During this time, she also performed live on a number of occasions, one of the highlights being the RTE Radio 1 stage at Bloom Festival.

In 2018 alone Blaithin featured in the infamous Irish acoustic showcase, The Ruby Sessions, and performed at Whelan’s Women on Wednesday (WOW), played support for Glen Hansard’s sell-out gig at Vicar Street as guest pianist with The Pale, and wowed a full house at the National Concert Hall in aid of Aidlink for Turkana alongside her band, string quartet and the Mezzo Music Academy Choir.

Blaithin’s music background is academic; she was enrolled at the age of four to the Royal Academy of Music where she remained receiving scholarships and diplomas until she achieved first-class honours in Music and English from UCD and was accepted to The Masters Program at The Academy to undertake a Masters in Classical Music Performance. She went on to become a concert pianist and is now focused on her own creations.