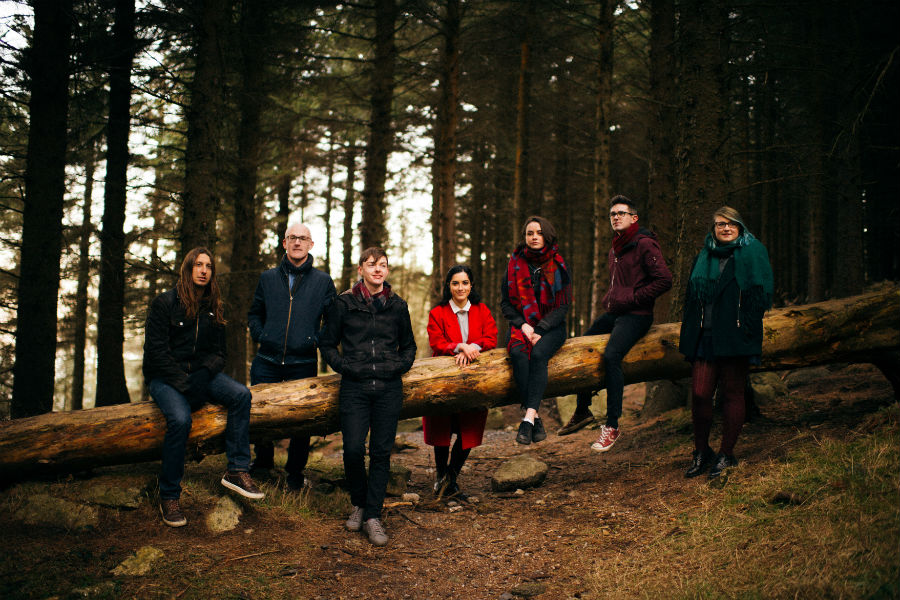 On Friday 11 October Blue Fish Diamond will release their latest single, ‘Morning Star’, which reflects on the age-old struggle between good and evil and the possibility of redemption through love.

Blue Fish Diamond are a Dublin based indie folk rock band who formed in late 2016.  In 2018, they released three singles followed by their debut album ‘From Dark To Light’, which Hot Press magazine described as ”essential listening for those who like their music powerful and heartfelt”.

The band’s songs are written by Jim Murphy, a latecomer to the music industry whose influences include Leonard Cohen, Neil Young and Paul Simon.  In 2014, he began a degree course in Commercial Modern Music at BIMM music college.  At BIMM, he met like-minded musicians with whom he formed the band in late 2016.  The band comprises:

Blue Fish Diamond has played at many Dublin music venues since their formation including the Tivoli, Whelan’s, The Workmans Club and The Grand Social.  They have also played at venues in Wicklow and Kilkenny and have played at music festivals in Dublin, Cork and Laois (including Electric Picnic in 2018).

The band will launch the single on Friday 11 October at a show in The Underground on Dame St. (Dublin 2).