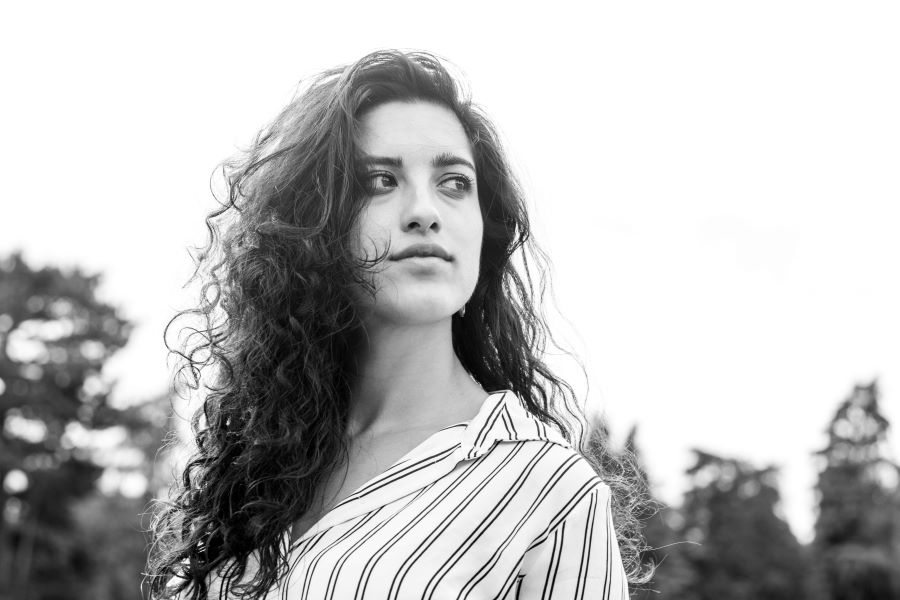 Dublin artist Ella Naseeb, better known by her moniker Blushing Boy, has released her magnetic second track ‘Lolita’, inviting us into a charming dream pop soundscape to explore what it’s like to behave badly in love. Combining the gentle intimacy of artists like Julia Jacklin and Arlo Parks with the fierce ethos of punk, Blushing Boy takes her flair for storytelling and her dark, soulful voice and intertwines them with an irresistible groove on this surreal but relatable track. She explains more about the inspiration behind it:

“We often bring our past into new situations and I’ve definitely struggled to know what I want from love and to stop myself from becoming cynical. I think everybody can relate to that feeling at some point in their lives. It’s that inner juxtaposition that I’ve turned into a story. It’s who I could be in love, personified by these two characters – Lolita’s charming seduction and the singer’s caring sincerity. It’s the dark and light within myself. It’s the choice of which way to go. And although the lyrics paint a warning, the song was written to leave you with a feeling of empowerment”.

Ella lit up the internet in August with her debut single ‘Consumer’. Hailing from Dublin, she credits both her city and her bicultural background for inducing a love of storytelling and experimentation. Juxtaposing introspective lyrics with upbeat choruses or pop culture references with her sense of self-reliance, Blushing Boy blurs the classic with the current, channeling nostalgia while teasing her audience with glimpses of something distinctly new.