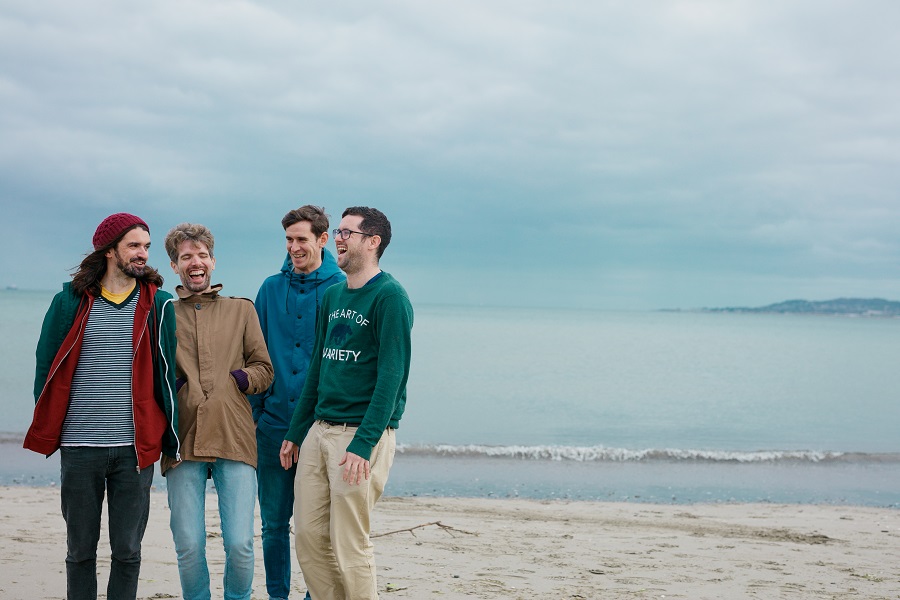 ‘Passing Through’, the 4th single from Bouts second album ‘Flow’ is a triumphant summer splash, complete with a video shot in Amsterdam during the band’s recent run of live shows. Like the song itself, it captures a moment. Speaking of the theme behind the track, the band wanted to encapsulate the transience of life – friendship, music and attachment. This is an energetic burst, brimming with the sound of summer.

The 9-track album is available on a limited run of 100 vinyl records – more than half of which sold out exclusively on their UK & Irish tour which kicked off in London with two shows (Lion Coffee + Records and The Finsbury) on Saturday 26th Jan. The tour then moved to Ireland for a series of five shows starting in Galway’s Roisin Dubh (Upstairs -Wed 30th), Limerick’s Pharmacia (Thurs 31st), Cork’s Roundy ( Fri 1st Feb), Dublin’s Underground ( Sat 2nd), and finished up in Belfast’s Menagerie (Sun 3rd).

Formed in 2011, Irish indie-rock quartet have grown musically and personally over the last eight years and are now making the most fulfilling music of their lives. It’s been quite a journey. In Summer 2014, a year after the release of their debut album, ‘Nothing Good Gets Away’, and a frenetic early period of activity, lead singer Bracken relocated to Asia, while their bassist Jackson, moved to the UK. With only two members remaining in Ireland, they still found a way to keep writing, recording and releasing music through 2015 and 2016. This harmony brought the group closer together as friends and resulted in a richer, more focused melody driven guitar-pop. They have been championed by BBC’s  Lauren Laverne, Phily Taggart & Stephen McCauley. They’ve shared stages with Cloud Nothings, Yuck and Johnny Marr among others, and graced many the festival stage around the world along the way. Now based between Dublin, London and Amsterdam, the band include Built to Spill, The Breeders, The Cribs, Dinosaur Jr., Grandaddy, Pavement, Pixies, Death Cab for Cutie and (early!) Weezer amongst their influences. This lineage leads directly into the new Bouts record which has been recorded over the course of the last two years in London, Dublin and the west of Ireland. Their contagious take on indie-rock is ready to continue to impress again in 2019 as they return to festival circuit after almost 5 years with appearances at Knockan Stockan – Wicklow (July)  and Stendhal festival – Derry (August) in Ireland.

Bouts have also shared videos for three other new tracks to accompany the album’s release.