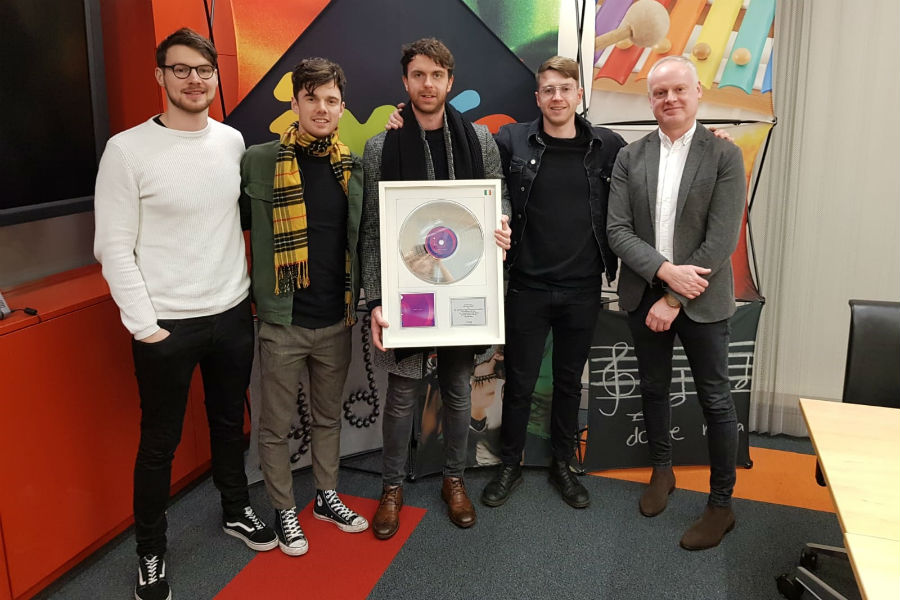 Brave Giant were this week presented with their IMRO No.1 Award in recognition of their album ‘White, Pink + Blue’, which reached the top of the Independent Chart earlier this year.

Earlier this year Emmett, Mark, Podge and Ross of Brave Giant teamed up with one of Ireland’s most respected musicians and producers Gavin Glass of Orphan Recording, to record this debut long play which saw a slight change in direction for the band. A sound Gavin (producer) affectionately refers to as… “it’s like David Guetta meets The War On Drugs”.

Emmett (percussion) said, “We’ve explored new sounds and have drawn on influences from even more musical genres. Heavy synths, spacey guitars, driving drums and a mandolin like you’ve never heard before. The core elements which make Brave Giant what it is are still there, we’ve just added some magic, we hope!”

In just three years, Brave Giant has gone from selling out two nights Upstairs at Whelan’s Live, Dublin to the band’s biggest headline show to date at The Olympia Theatre in November.

The band has also seen its Spotify streams grow to over 2.5 million during the last year, and online video views in the same region.