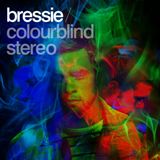 Bressie, aka Niall Breslin, will be performing a live acoustic set and signing copies of his highly anticipated debut album, Colourblind Stereo this Friday 16th September at 5pm in HMV, Grafton Street.

Released in May, Bressie’s debut solo single Can’t Stay Young (Forever) proved to be a massive airplay hit and gives the perfect taster of what Colourblind Stereo has on offer.
Fans of the singer songwriter and guitarist will not be disappointed and can look forward to a album full of potential hits as well as a nationwide tour with stints in 18 venues across the country in the coming weeks.

The debut album marks a new direction for Bressie- his intention to offer an album that pushes boundaries and offers variety to his listeners. “The most important thing for me is that the music I make has substance. We did a survey of the top 40 hits at the moment in the UK, and 28 of them have the word ‘floor’, ‘DJ’ or ‘club in them’! I want to be among the other 12 which are trying to push boundaries and be innovative whether it’s a slow song, a heavy song or a big banging dance tune – all of which we’ve got on the album,” says Bressie.

Colourblind Stereo has a “80’s new romantic feel” – tracks such as Animals, You Left The Party Too Soon and the very catchy feel good Last Tube Home epitomise the direction Bressie is now taking as he pursues a solo career.
For updates on upcoming shows see www.bressiemusic.com
Spotlight