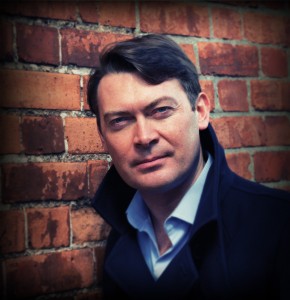 Circle Back was remastered by Grammy Award winner Bob Katz who has worked alongside world-class musicians such as Gram Parsons, Emmy Lou Harris and many others. He describes Brian’s songs and the emotional quality in his voice as ‘charismatic’.

Brian Horgan took time out to travel the world after the death of his sister Jane and during that time, this album was conceived. While many songwriters pose questions and challenge their plight, Horgan’s music is about finding the answers. Circle Back is about life, love and inspiration, even in the face of grief. Brimming with optimism, humour and warmth – Brian’s songs say: life is for living, courage is all and joy comes from being here.

Brian Horgan has a team of first-class and highly committed musicians with him including Gerry Peregrine, James Dunne, Joe Csibi and David Wray. All have recorded on Circle Back and perform his songs with artistry and passion. They will be playing on the night and featuring arrangements by David Wray.

The style and influences for the Circle Back songs are early seventies inspired; Harry Chapin, early Bee Gees and David Gates. Brian has had sell out concerts in the Sugar Club, No 10 Ormond Quay, Bewley’s Cafe Theatre to name a few. Coached by Deirdre Masterson, he is an original voice.