Brian Kennedy and Billy Farrell recognised for their No.1 album 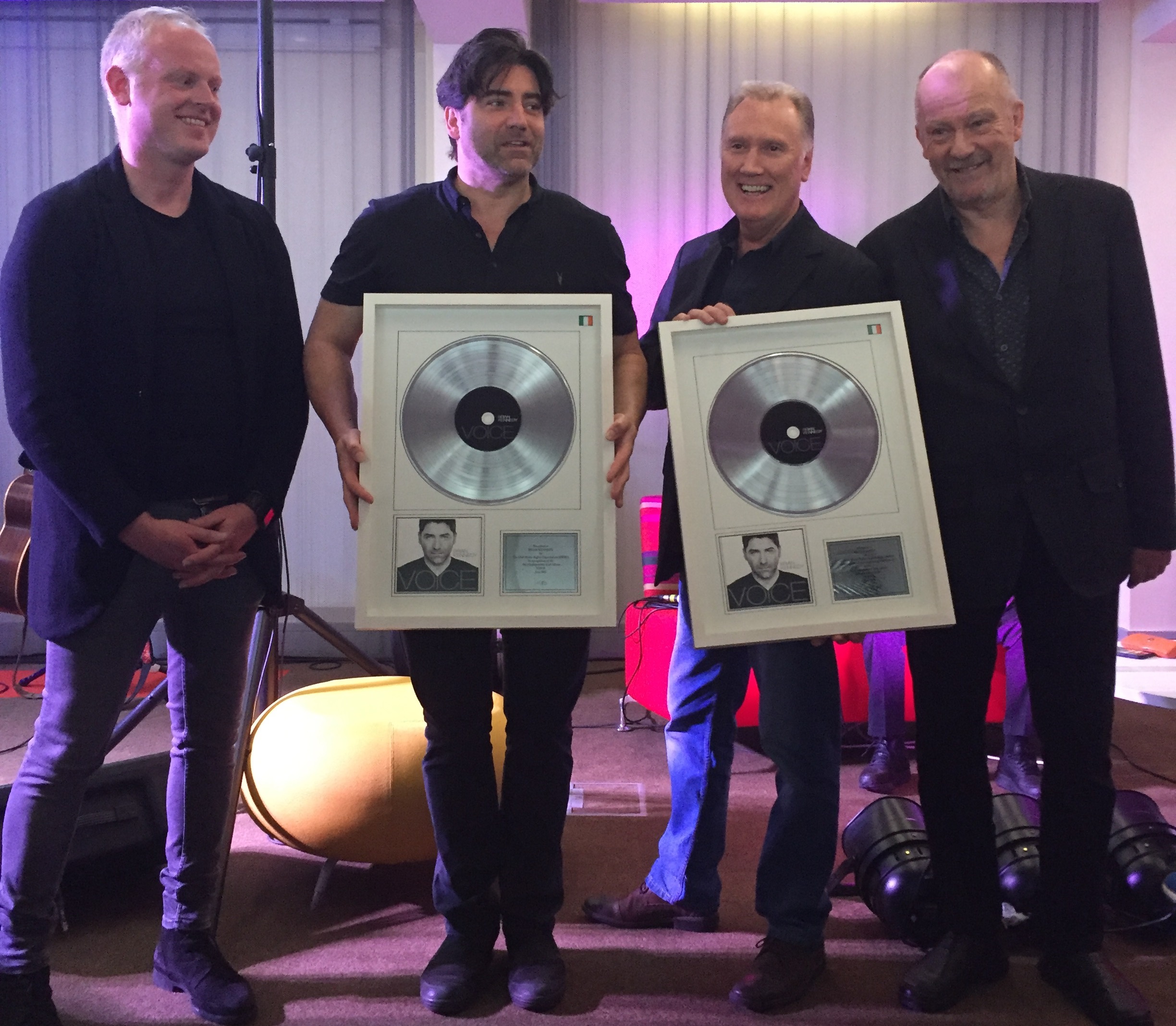 At last night’s interview and performances by Paul Williams and Brian Kennedy, Brian and his producer Billy Farrell were awarded for their collaboration on Brian’s No.1 album ‘Voices’

The presentation took place before an interview which shone a light at both Paul and Brian’s backgrounds, style of writing, experiences working in the industry and also their views on the future of songwriting and the industry itself.

The award was presented by IMRO Director of Marketing and Membership Keith Johnson and IMRO Chairman Keith Donald.