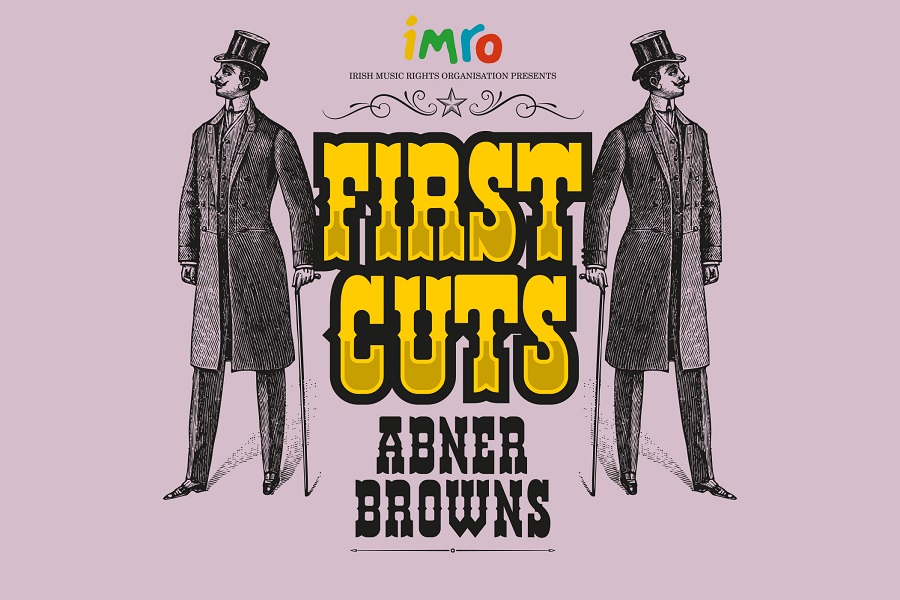 Bronagh Gallagher and Saoirse Casey have just been announced to perform at the next IMRO First Cuts Showcase at Abner Brown’s. The May edition of the monthly showcase, will take place on Thursday 11th May at 8.00pm. Admission is FREE but due to limited capacity tickets are limited to two per person and booking is essential: email ei.ormi@stneve

IMRO First Cuts Showcases at Abner Brown’s feature the best up and coming as well as established Irish acts. In the intimate setting performers are given the opportunity to debut new tracks along with their current material. Performance highlights and interviews with all acts who perform are later streamed online at www.IMRO.ie and across IMRO’s social media channels. To date, showcases have featured Marc O’Reilly, Ailbhe Reddy, Mark Geary and Farah Elle.

Bronagh’s acclaimed new album ‘Gather Your Greatness’ is her third album of original material. A strong personal statement and expressly honest, the record is the second of Bronagh’s to be self-produced, determined to make the sound of the recording live up to the emotional heart of the lyric. Rightly regarded as one of the great soul voices in Ireland, Bronagh Gallagher was raised in Derry and now lives in Dublin. At the age of 17, whilst still a St Mary’s schoolgirl, she was cast as Bernie McGloughlin in Alan Parker’s film about a Dublin soul band, The Commitments. Since then her music has alternated with film roles (Pulp Fiction, Star Wars Episode I: The Phantom Menace, Sherlock Holmes) plus theatre work (War Horse, The Street Of Crocodiles) and TV drama (Pramface, The Street, You Me And the Apocalypse). However, she maintains a special place for singing, writing and performing music.

Newcomer Saoirse Casey joins Bronagh on the night. Widely tipped to be one to watch by many in the music industry, Saoirse has just finished writing her debut album, ‘An Infant Star Collapses’, and hopes to release it in 2017.

Tickets for IMRO First Cuts at Abner Brown’s are FREE but due to limited capacity booking is essential.  To reserve tickets please email ei.ormi@stneve. Tickets are limited to two per person. 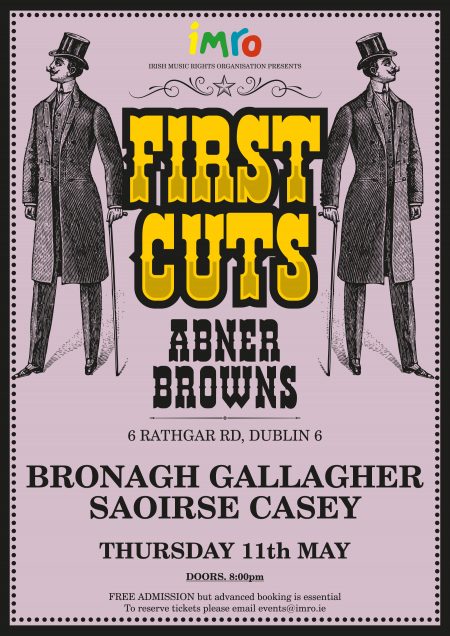