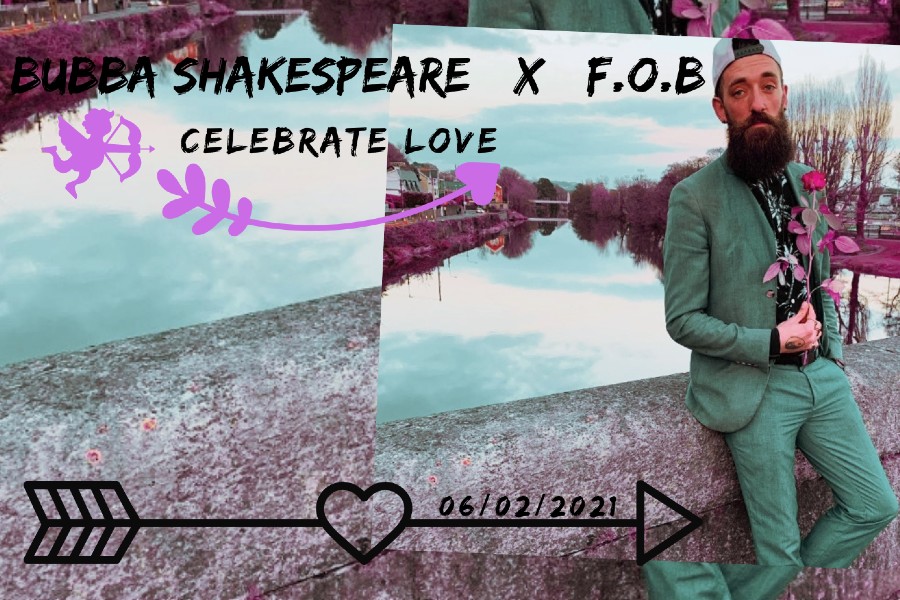 Bubba Shakespeare and F.0.B. have teamed up to bring you an upbeat Pop/Garage/Rap track.

Designed to bring some positive vibes in a time where it feels much needed. This is Bubba’s first single release of 2021.

After a period of examination of the shadow self and the role of the modern man, Bubba decided it was time to fall in love with his light and embrace it.

‘Celebrate Love’, is a masculine expression of femininity, in other words it’s a man celebrating emotion and healthy sexual desire with lyrics such as

“Love is the way, love is the key,
Love is the joy that we all want to be’’
And
“I love to get it on
Love to make you….
I love to speak in tongues’’

Bubba believes there is nothing wrong with healthy desire, after all none of us would be here without it. Written as a message of love rather than a derogatory one.

‘Celebrate Love’ is upbeat and catchy designed to make you move.

Having moved from Nenagh, Tipperary in 2009 Bubba Shakespeare has been a staple in the Cork hip-hop scene for over a decade. He spent this time developing his craft performing extensively and tending to his inner garden in 2019 he released an E.P. entitled ‘Understanding My Shadow’.

This represents a lifetime of growth not only as an artist but as a man.
He overcame addiction, stared suicide in the face and turned that poison into medicine by channeling theses struggles through his art.

‘Celebrate Love’ is the next chapter.

Bubba is an established front man in the Irish cover scene, host for The Labtv Ireland Facebook and YouTube Channel as well as a stand up comic having won the Comedy Cavern Comedian of The Year 2017. He is also a Playwright having performed Understanding My Shadow (The Play) at First Fortnight.