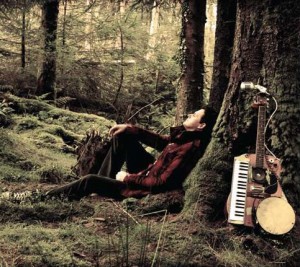 Burningboy, aka Terry Byrne, has just released his debut EP, “The Dark Months”. Having already supported Snow Patrol and Glen Hansard, as well as featuring on the 2FM 2MORO Tour, Burningboy is quickly becoming an established singer-songwriter.

“The Dark Months” features some of Burningboy’s captivating atmospheric folk songs, rich in melody and sincerity. The EP was recorded over two days in the Golden Egg Studio, Co. Laois. Terry’s links to his home county also led to his contributing a track, “Tenderheart”, to the Connect One compilation released in 2010, which highlighted Laois artists and reach number 18 in the Irish album charts.

Currently receiving attention from radio DJs throughout the country, “The Dark Months” is now available for sale from iTunes at http://itunes.apple.com/ie/artist/burningboy/id506033274. EP taster below.