‘Cabin Lights Off ‘A new Exploration by Dublin Based Musician, Filmmaker, and Director Myles O’Reilly 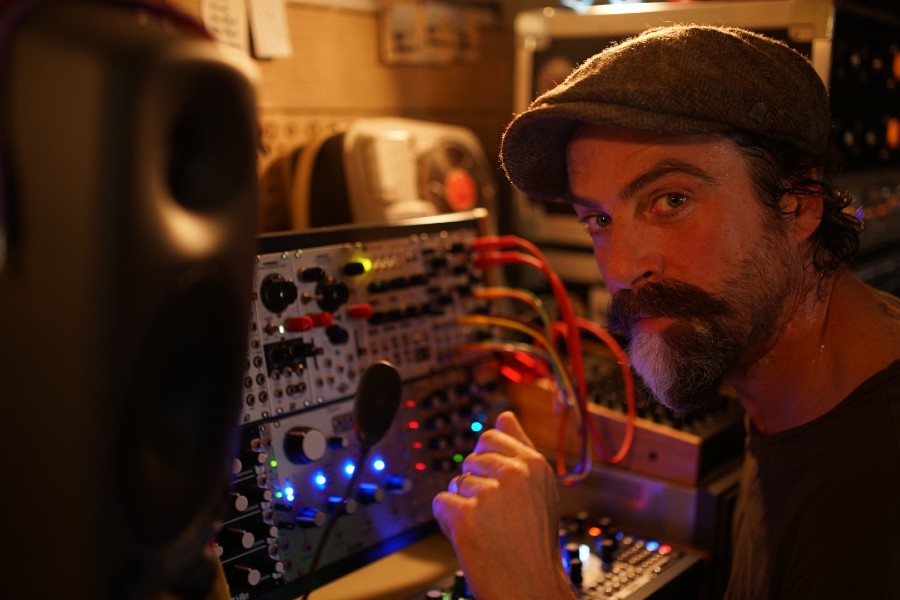 ‘Cabin Lights Off’, the sophomore collection of ambient music works by filmmaker Myles O’Reilly under the moniker [Indistinct Chatter], is just like many of his films. Shot in various breath-taking spaces, where the plot never moves forward because nothing ever goes wrong. It’s dramatic, haunting, whimsical, wind-swept, watery, willowy and all sorts of adjectives that suggest both geology and more cosmic concerns. Melodic passages are composed of organs and synths that drift in gusts of reverb. Choirs can be barely heard, used as much for texture as they are for melody. Beats, and there are few, are no more pronounced than the thud of a heart.

The long-haul-flight themed ‘Cabin Lights Off’ is an immersive journey above the clouds sure to transport and mesmerize the listener without the use of any visual aid (or airplane), if met in the right acquiescent mood. [Warning: May cause altitude sickness]

Speaking about his new project, Myle’s says: “My explorations into creating ambient music began when I started to place drones in my music documentaries to lead the audience in and out of music performances. A drone might begin as a barely audible hum to preempt a song, and trail out after each song ends, resonating behind landscapes and the natural audio in my footage. Once I began to compose even longer pieces to sit under the dialogue of interviews, I realised I was unintentionally creating a collection of ambient songs. The first record (Tall as Houses) is pretty much a selection of works taken from different film projects of mine and elaborated upon but ‘Cabin Lights Off’ is an album created without help from any visual accomplices. I started and finished this new album with my eyes closed.

Inspired by long haul flights, I miss that feeling of tearing through the air, hundreds of miles an hour, thousands of feet above ground, snug behind a few panes of plexiglass, looking out at a sun setting above the clouds, dipping behind this giant space rock, made all the more present with a long and windy drone in my ears. It doesn’t really matter how I travel, there’s no better soundtrack than minimal ambient for staring out a window into the middle distance, when my mind turns it’s focus to the imagination and doesn’t want to be distracted. Eyes and ears not focusing on anything in particular but allowing my mind to investigate inwards.

Hearing not listening. Seeing, not watching. Ultimately, feeling as though I’m flying through the air like that kid in Snowman, and not sitting in a giant gravity-defying sardine can.”

‘Cabin Lights Off’, the new ambient album from {Indistinct Chatter], written, composed recorded and mixed by Myles O’Reilly, and mastered by Seán MacErlaine, is out now: