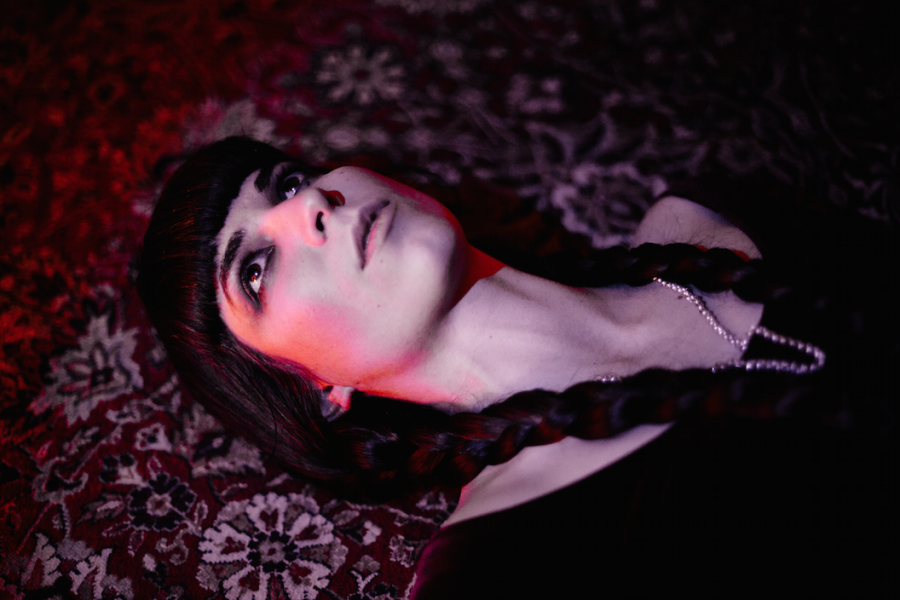 Having previously recorded an EP with punk legend and hellraiser Shane MacGowan, Candice Gordon is set to release her debut full length album ‘Garden of Beasts’ on the 3rd March 2017 via Proper Octopus Records.

Produced by labelmate A.S. Fanning, and mixed by Ingo Krauss (Swans, Iggy and the Stooges), the album was recorded in a country house in Ireland and at the legendary Funkhaus in Berlin. It presents a rich and brooding sonic landscape constructed using a variety of synthetic and natural instruments from Moogs to flutes, and Gordon even plays a one-string Kazakh instrument at times.

“Garden of Beasts is inspired by moving to Berlin and facing the very dark and heavy history that is visible and inescapable everywhere in the city. The second world war and the Holocaust feels very real and close here. It’s an exploration of human nature, the hubris of identity, dispossession, and the conflict between the allure of savagery and the desperation for salvation from that.” explains Candice.

“The Laws of Nature” is Gordon’s first single which evokes the dark and seedy side of 60s subculture ala The Doors or Jefferson Airplane. Gordon’s seductive vocal is both alluring and commanding, and the song tells of the tyranny of nature from which escape is futile.

The music video for Gordon’s first single off the album, ‘The Laws of Nature,’ features Butoh dancer and artist Zoe Darling. The mesmeric dance video is reminiscent of 60s psychedelia and shows Darling as a disjointed figure in an abyss, metamorphosing through animal forms, completely tense like a coiled spring, and then releasing herself into convulsions of both rapture and torture as she relinquishes control.

“Butoh is a Japanese dance form where you see a lot of transformation through animals. In the video, the dancer makes very slow dance moves and you see her transforming into different life forms. I wanted parts of it to be unclear and uncanny. It’s a very wytchy song, it’s about being under the spell of the natural order,” said Candice.

Candice Gordon grew up in Dublin, Ireland, but has on occasion called London, Berlin, and Botswana her home. She has previously performed at Bestival, Body and Soul, Electric Picnic and Truck Festival, and supported and shared stages with the likes of Shane MacGowan, Nick Cave and the Bad Seeds, The Horrors, Kurt Vile and the Violators, and Kevin Morby. She has toured extensively in Europe and the UK since 2012.

Tour dates will soon be announced.

“The greatest song never to feature on the Twin Peaks soundtrack.” Hotpress

“Watch out we’ve got a badass over here.” Nylon