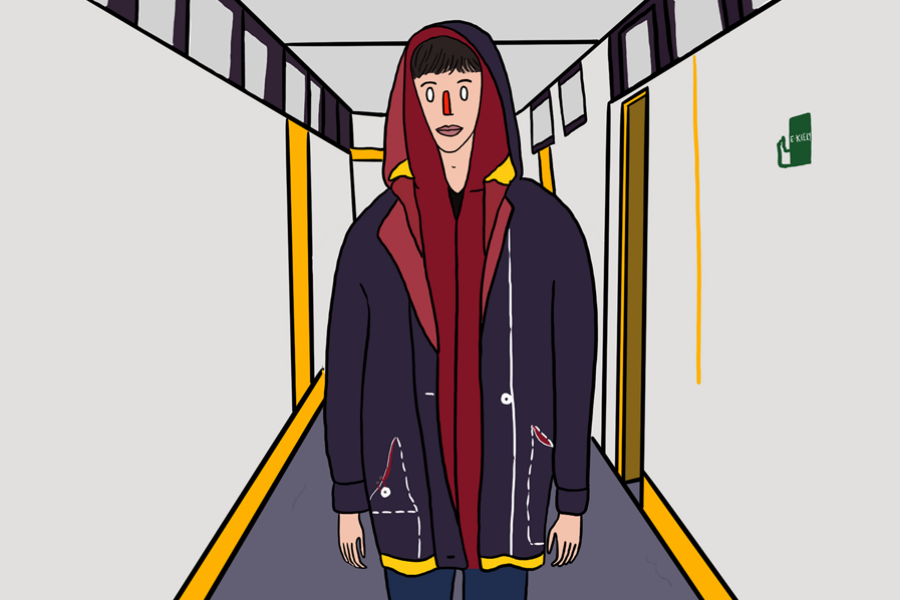 Caoilian Sherlock’s second single this year, ‘Don’t Let Me Forget About Her’ is an existential ballad and a psychedelic pop song. Dwelling on the faux-spiritualistic tendencies of modern consumerism the song lands definitively questions the meaning of life and then lands where most good pop songs do; Love.

Recorded with Brendan Fennessy (formerly of O Emperor) and mixed by Daniel Fox (Girl Band), ‘Don’t Let Me Forget About Her’ is a slow but groovy piano tune that incorporates Sherlock’s deft lyricism, tongue in cheek delivery, and a romantic frame of reference.

Caoilian released his debut EP ‘The Faraway’ under the moniker Saint Caoilian in 2017. With the release of new music and a full length album to follow, he has revoked his own sainthood and made the brave decision to re-enter the world as a mere mortal. During live performances he is backed with an electric guitar, a sense of entitlement, a degree of casual sombreness, mixed with a joyous approach to playing music alongside a dynamic backing band.

Caoilian says: “’Don’t Let Me Forget About You’ was a quick song to write because I’m constantly anxious and worried about death or a lack of meaning to life, who isn’t, but I’m also very positive about the power of love – so this is a song that acknowledges the finality of life but the longevity of love, also the band was cooking when we recorded it.”