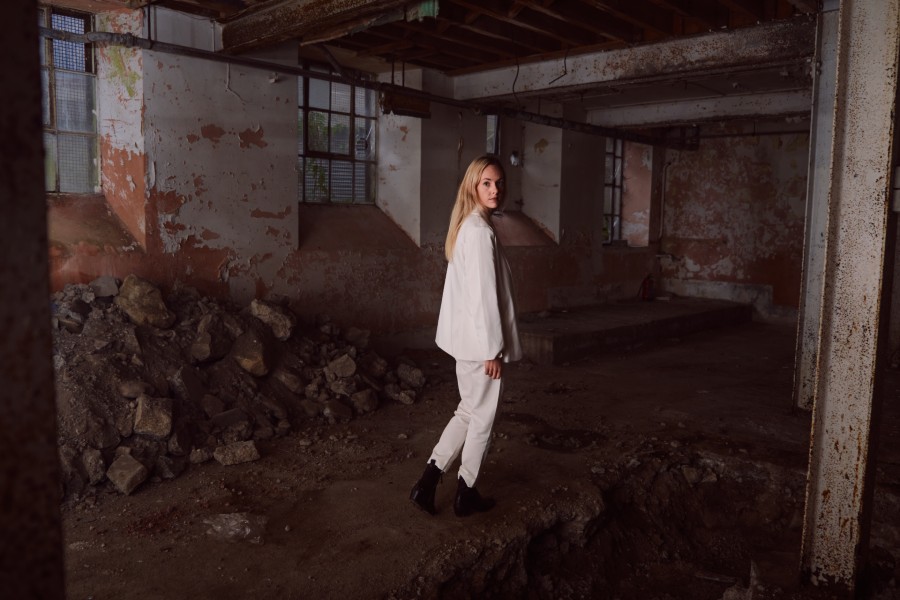 Jackie Beverly adds yet another stunning electro-folk single to her collection, with the intimate and low-fi ‘Sea Glass’ – out now.

Jackie Beverly has been paving the way for the electro-folk genre here in Ireland, and is an artist that is on the rise. Having received support from the likes of The Irish Times, Nialler9, 98fm, GoldenPlec,

The Thin Air and more, she has spent the last two years focusing on releasing a string of stellar singles, plus more recently announcing some live shows – all three headline shows which have sold out in record time.

Her recent electrifying appearance at industry showcase festival Ireland Music Week this October 2020 is just a small insight into what her live shows will be like, once the live industry returns.

Noted as a ‘one of the most exciting new talents in Ireland’ (GoldenPlec) and named one of “10 Irish Rock and Pop acts to watch in 2020” in The Irish Times (Tony Clayton-Lea),

Jackie Beverly has been steadily carving a space for herself in the Irish music scene, sparking people’s attention with her refreshing electro-infused writing, and refined vocal.

Taking inspiration from Låpsley and London Grammar, the results are “moody, unpretentious, captivating and a little bit special.”

‘Sea Glass’ is Beverly’s fifth single release to date, and one that explores more of her folk roots, while keeping the magic of that low-fi electro sound she is known for.

Written in 2018, this single was one of the first tracks that was written under the moniker of Jackie Beverly, so it’s about time it got the chance to see the light of day.

“Written about a close friend who was struggling in life, it’s a song that explores finding beauty in the mundane, and focusing on the little things in life that can bring so much happiness. ”  Jackie Beverly 2020

New to Beverly’s soundscape are the use of strings, namely cello, which amplifies the folk feel that Beverly was striving to marry with her electro vibes.

Produced by the amazing Darragh Nolan of Asta Kalapa studios, this is the third single they’ve produced together to date.