Carmen set to release ‘Take This Dance’ in aid of Console 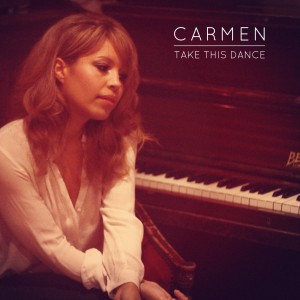 Irish singer-songwriter CARMEN is not one that’s unfamiliar to moving around. From moving to Silver Springs (US) to attend school in the early years of her life, she then joined the good people of county Cork further down the line, and has now resided in not one but two places to live – Dublin and London.

At 18, CARMEN won a place to study classical music at the prestigious Guildhall School of Music in London. But she’d always had an independent spirit and found herself increasingly frustrated in that environment. Her heart was elsewhere, so she packed her bags and left giving her the freedom to play the music she was really excited about.

CARMEN has recently been gaining steady industry support due to her distinct voice and writing style. Whilst ‘Take This Dance’ is the first track she is making available as a solo artist, she has toured, performed and recorded with many well-known acts including Sinead O’Connor, Andrea Corr, Noisettes, The Kooks, Kate Ceberano and she’s even played Reading and Leeds with metal singer Serj Tankien. CARMEN’s songwriting has been compared on numerous occasions to that of the classic singer-songwriters of the 1970’s.

‘Take This Dance’ features prominently in Ridley Scott Associates film ‘The Phone Call’ directed by Mat Kirkby, which stars Oscar winner Jim Broadbent and Sally Hawkins. It premiered at the Los Angeles Film Fest in 2013 and so far has been shown at London BFI Film festival, Cork Film Festival and won the ‘Audience Appreciation Award’ at Leeds Film Festival. The song was produced by legendary Irish record producer John Reynolds (Sinead O’Connor, U2, Damien Dempsey).  ‘Take this Dance’ is a fragile heart laid bare for all to see, bittersweet yet full of hope…it’s the song you heard in your head when you first met at 21…the same tune you played when you tied the knot at 31…and the final tune you both danced to when you reached 101. Beautiful, beautiful, beautiful. – Mat Kirkby, Director, Ridley Scott Associates

Proceeds from the sale of ‘Take This Dance’ are being donated to CONSOLE the suicide and bereavement charity.  Established by Paul Kelly in 2002, Console provides a lifeline to those in crisis as well as to those who have suffered from bereavement. They have gained the support of other Irish musicians including Kodaline, Christy Moore and Frances Black as well as Brendan Gleeson and Miriam O’Callaghan.

The song is written and performed by CARMEN on vocals, piano and strings and features film composer Andy Wallace on harmonium and producer John Reynolds on drums.

Take This Dance will be available from 28 March for €0.99 through all digital platforms and iTunes.