Critically acclaimed songwriter and performer Carol Keogh has launched a crowd-sourcing campaign on the Irish website Fundit.ie. The campaign, if successful, will crystallise Keogh’s long-held ambition to record h 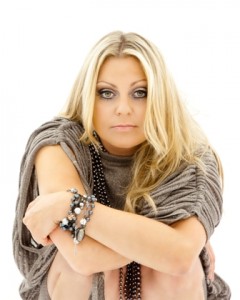 er debut album, ‘Mongrel City’, with her backing band The City Fathers. Crowd-sourcing has become an increasingly viable way for artists to fund projects through pre-sales of work and other rewards. People can visit the project page, view an explanatory video and choose the reward that appeals to them and which best suits their budget. The Irish-based Fundit follows a growing trend set by the US-based Kickstarter and the UK’s Pledgemusic.

As well as the opportunity to pre-purchase the finished album in several formats, Keogh’s reward packages include handwritten lyrics booklets, tailor-made cover versions chosen by the funder and acoustic renditions of songs from her back catalogue with previous bands The Plague Monkeys, The Tycho Brahe and Autamata. Keogh is also a gifted painter and funders can choose to buy bespoke oil paintings created for the individual. Top end rewards include a private live performance and Keogh will even exploit her culinary skills to cook a meal as part of an exclusive evening’s entertainment!

Carol Keogh has been writing and performing since the mid-90s with the aforementioned bands, as well making notable guest appearances on recent albums by Jerry Fish and Sharon Shannon. For the past few years she has been developing the songs for Mongrel City, many of which relate to her home town of Dublin, the mongrel city of the album’s title. Her backing band, The City Fathers, is comprised of multi-instrumentalist and composer Colin J Morris, bass-player and fellow songwriter Elton Mullally (formerly frontman with Brando), guitarist Martin Moran and former Frames drummer Dave Hingerty.