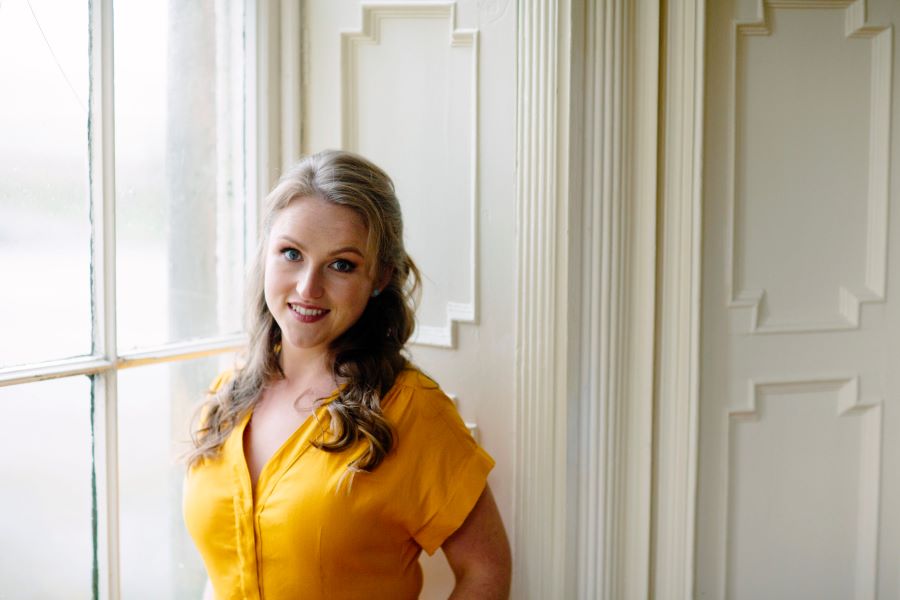 Caroline Keane was exposed to a wealth of traditional music from a very young age. Growing up in Limerick, she was surrounded by the musical richness of both Clare and Sliabh Luachra, influences which have become the cornerstone of her uniquely vibrant, passionate and emotive style of concertina playing. Since 2013, she has been a member of the group FourWinds, who’s performances have been described as “An exciting landscape of tunes and lyrics that present Irish traditional music in a modern and creative context.” Having toured extensively throughout Europe, North America and Australasia performing at festivals such as Goderich Celtic Roots Festival, Celtic Colours, Dublin Ohio Irish Fest, Woodford Folk Festival in both solo and ensemble capacities, Caroline has found the time to curate, compile and present ‘Shine’, her own debut collection.

Caroline says, “I really wanted new and old compositions to sit comfortably alongside each other on this record and I’ve chosen tunes composed by many of the great contemporary composers of traditional music such as Tony ‘Sully’ Sullivan, Liz Carroll, Vincent Broderick, John Brady, Niall Vallely, Tommy Peoples & Josephine Keegan,” and Caroline, herself no stranger to composition, inspired by her interaction with traditional music on a local and national level, since studying composition, has penned to beautiful tunes: ‘While The Cat’s Away’ and ‘The Wine Strand Polka’.

At the age of seven, Caroline began taking tin whistle lessons at her local Comhaltas branch, and soon afterwards progressed on to concertina. Under the guidance of her teacher, Noel Hill, she developed proficiency in her art, and by fifteen, was performing both nationally and internationally. In 2006, Caroline was awarded the prestigious Lán Mara award, in recognition of outstanding achievement in national music examinations. She achieved a first class honours while studying Irish traditional music at the Irish World Academy of Music and Dance at the University of Limerick. She has most recently graduated from the university’s Master of Arts in Traditional Irish Music Performance, where she again achieved the coveted first class honours.

Caroline is also a prolific tutor of traditional Irish music. Her versed approach to tutelage is not only a testament to her musical expertise, but demonstrates the patience and empathy of experience. She is a regular performer and tutor at Irish, roots and folk music festivals all over the world, and teaches, lectures and performs regularly around the South West of Ireland. Caroline has recently released a duet recording of traditional Irish music with Uilleann piper Tom Delany entitled ‘Never Say Goodbye, Say Good Luck’ which has received international critical acclaim since its release. While on home soil, Caroline lives in Dingle, Co. Kerry, where she performs regularly and has been absorbed into the local music scene with open arms.