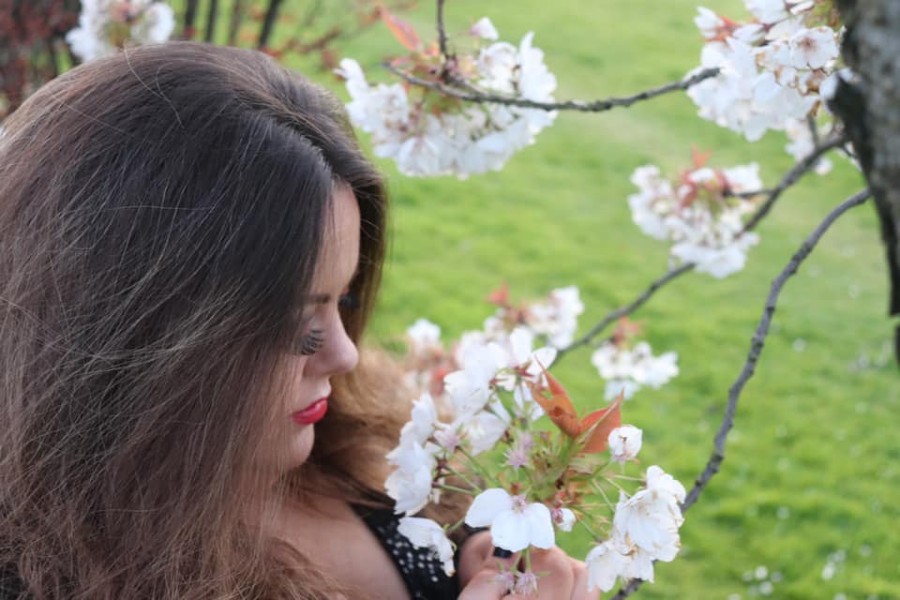 Singer/songwriter Carrie Haskins releases her single ‘The Lullaby’, about her son, on 11th September. Produced by Nashville producer Thomm Jutz.

‘The Lullaby’ was written by Carrie Haskins and guitarist Paul Costello.

The idea and song came about shortly after Carrie gave birth to her little boy Harry in 2017. Now aged 2, Carrie describes the unconditional that love she feels for her son and how being a mother is the most protective job in the world.

“All you want to do is care for them, make sure they are safe and give them as much love as you possibly can.”

Becoming a new mother brought on different emotions and feelings that Carrie described she never felt before.

“It’s as if you have never loved or experienced love for anyone so much in your entire life.”

She continues to describe,

“’The Lullaby’ is more than the title suggests. It’s about the love that a parent experiences and feels for their child, and I wanted to include and involve as many parents as I could in the song by inviting them to have their little ones be apart of the music video.”

‘The Lullaby’ describes the different stages of parenthood, the early years when you cradle your child to sleep, to the adventures and learning they face when they start to walk and explore the world.

‘’It is a lullaby of love and song of protection and one that I think all parents and family members can relate to. It is the most honest and truest song I have ever written and one that means so much to me.”

The song was composed in Carries’ car while herself and guitarist Paul headed down to a studio session they were booked into.

“Paul and I don’t see each other very often as we live in separate counties. We were asked to record a demo in a new up and coming studio in Waterford. As we didn’t have time to meet up beforehand, we spent the hour and half of the drive writing this song. While Paul played guitar in the back seat, I sang lyrics and melodies and tried to do voice recordings. By the time we reached our destination, we had the whole song written. It was probably the fastest song we had ever written together. The words just flowed out as did the melody.”

Carrie is a big lover of American county music and her songs have always shown a hint of that style through her instrumentation and writing. This time, she wanted more than the sound she had already had on her last two albums.

“We recorded ‘The Lullaby here in Ireland in Dublin as we did all our other tracks. The musicians and producers here are extremely talented and excellent players. Once the song was done, I just couldn’t put my finger on what was missing.”

After hearing one of her other friend’s new tracks that had come back from Nashville, she knew what was she missing.

“I just knew I had to get that true Nashville Sound on this track to really bring it to life.”

The second time around, Carrie sent her raw vocals and guitar over to Thomas Jutz in Nashville Tennessee. Jutz has produced for artists such as Nanci Griffith, Otis Gibbs, and Jason Ringenberg. The pair immediately began working on the instrumentation of the track and what elements they wanted to capture.

“Thomm just knew right away what was needed to make this track sound like it had come straight out of Tennessee. He has a great ear and brilliant session musicians around him. He was able to capture in just a few weeks what I had been wanting the track to sound like since we wrote it.”

With Thomm’s backing vocals and beautiful elegant melodic riffs heard by acoustic and dobro guitar, the song makes for a pleasant and ear tingling listening experience that will warm you up with feelings of love and joy.

The track is being released on the 11th of September in all major streaming sites through CD Baby along with the debut music video that can be viewed on any of the social media links below.