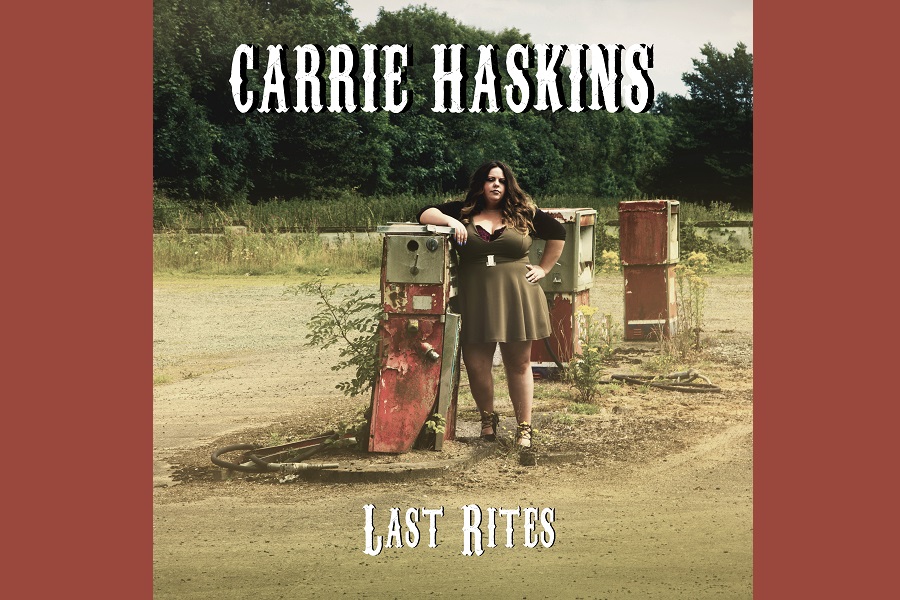 Carrie Haskins is a young singer, songwriter and musician from Kildare who describes her musical style as ‘country crossover’.

Carrie Haskins has ‘listened to and been inspired by country music’ since she was a child. While her style is rooted in an ‘honest blend’ of American Country and Pop, her palette of influences range from Brad Paisley to Tammy Wynette.

Carrie ‘emits a beautiful and emotionally real sound that wins over many listeners’.

In 2011, Carrie received major accolades and recognition appearing on and reaching the battle stages of “The Voice”, Ireland. Her chair-turning “Blind Audition” with the show can be viewed here: http://youtu.be/iUgkyKv4e00

Carrie has studied music for a total of six years. Commencing her musical education at the Ballyfermot College of Further Education, her studies continued at the British and Irish Modern Music Institute (BIMM) Dublin, where she completed the song writing stream graduating in 2015 with a B.A Honours Degree in Commercial Modern Music.

Celebrating the release of her Debut EP ‘Country Spirit’ in 2014, Carrie’s records can be described as a mix of upbeat and more relaxed ballads. Musical gems like “The Letter Goodbye” (released as a single and video), “Country Spirit”, “Don’t Wanna Dance”, “Mine” and “Revenge” make for a captivating and rapturing listen. Her arrangement of lush instrumentation intertwined with rich vocal lines and harmonies from her opening track ‘Country Spirit’ right through to the closing track ‘Revenge’ transport you (the listener) through  a journey of emotional highs and lows, lyrically, melodically and instrumentally.

‘Country Spirit’ was distributed globally through INgrooves/Universal Music Group (a leader in the independent music distribution and marketing industry) to over 100 countries.
Ms. Haskins is also recognized as a CMT Artist, receiving this branding through star ones entertainment’s licensing deal with Viacom. This has resulted in her attaining her own site on Viacom.TV, featuring the video “The Letter Goodbye”. You can experience her poignant and emotionally-charged video on her Viacom site on the Links below.

In 2012, Carrie donated her song, “Mine’’ to the Jack & Jill Children’s Foundation as the backing track for Jonathan Irwin’s story about his son Jack .  This video reached over one million people during the first week after its release. It helped raise €20,000 which Jonathon Irwin said he was ‘both stunned and grateful for all the shares, likes and donations’ generated by this 3 minute video which was made in 2012 and re-released.  Jonathon tells his son Jack’s story using prompt cards against the soundtrack of Carrie’s song ‘Mine’. The song was used again this year for the 2nd time. This great story can be viewed here: https://www.facebook.com/396618803872929/videos/494162950785180/

Carrie chose ‘Mine’ as she thought the message in the song ‘suited the cause and represented the work and help that the Jack and Jill Children’s Foundation give to so many families’. According to Carrie, it’s about how ‘one special person in your life is always there for you no matter what… you can be truly be yourself around this person and they love you endlessly, flaws and all’. She wrote ‘Mine’ while in Germany in the Pop Academy in Hammelburg in 2009 with the Ballyfermot College of Music. The inspiration for the song came from being ‘away from home and missing the people in [her] life that meant most to [her]’. Writing it made Carrie ‘feel happy and content, knowing that there is always someone who will support you’.

Carrie was interviewed on KFM and gave a fantastic live rendition of the song on 17th May 2016, kindly donating her time, voice and talent free to Jack and Jill to accompany this story video in 2012 when she and her classmates at BIMM Dublin got a call out to submit songs for the Jack and Jill video which was a backdrop to the DIT Fashion Show in Vicar Street.

In November 16’, Carrie and her writing partner travelled to Nashville where they spent a period of two weeks showcasing, co-writing and performing in a number of popular venues throughout the music city. In Nashville, she worked with two – time Grammy nominate songwriter ‘Jan Buckingham’ and recording artist ‘Shelby Lee Lowe’. Following this inspirational trip, Carrie returned home and began working on her album where she recorded a compilation of songs that were written in Nashville with various Artists.

The completed 10 track album titled ‘Last Rites’, is due to be released this week on the 27th of September’17 with a debut music video that was filmed in the historic ‘Wicklow Gaol’. Carrie chose the Gaol as perfect location to shoot the video for ‘Last Rites’, which tells the story of a prisoner who must face his demons as he awaits the death penalty for his crimes and sins he has committed in his life.

Carrie describes the Gaol as being “a wonderful atmospheric experience which offers visitors a glimpse of life in prisons of the past’’. She continues to describe the idea behind the video and why this museum helped her capture the images needed to make a real life powerful and effective video. “I wanted the venue that I chose to capture a real life situation, where there were real jail cells, and bars, a venue that I didn’t have to modify in order to give the viewer the realisation and sense that this prisoner is actually going to be given the death plenty.’’

The lyrics in this song are very dark and it emphasises and touches upon the pain and anxiety that the prisoner feels, knowing that each day he wakes could be his last as he awaits his faith that is the ‘death penalty’.

The album can be streamed or purchased on all major streaming sites such as iTunes, Spotify, Amazon and Bandcamp and the video can be viewed on the sites below.