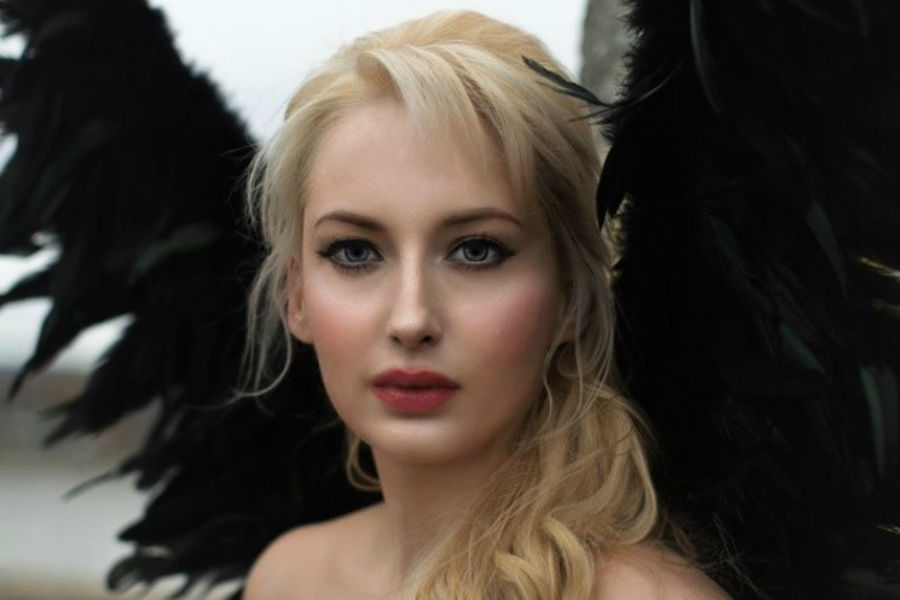 Cat Lundy, a 60’s, blues-inspired storyteller.  With raw, unapologetic emotion, she delivers her truth.  Her debut album ‘9 Lives’ is influenced by love, heartbreak and relationships. A classically trained vocalist from the Royal Academy of Music, and a self-taught guitarist, she has performed her original songs in venues in London,  New York’s ‘The Bitter End’ (where she had a residency) and Los Angeles’ ‘House of Blues’.

Cat finished recording her debut album with producer Ger Mc Donnell in 2018.  Ger has worked with artists such as U2, Kasabian, The Cure and Martha Wainwright…to name a few.

What Cat has to say about music: “I believe music can change the world around us, even if it is for just three and a half minutes.”

She has supported Fantastic Negrito, American Grammy winner on his Irish tour; ‘…. Cat has it all, she has the goods’ – Fantastic Negrito 2019. She has been described from reviews as “a breath of fresh air, she is sweet, salty and a first-class storyteller.” “Vocally she is smooth as honey.”

Cat controls each song from the start to finish. She is effortless and cool and knows how to lure her listeners in. You can hear a pin drop as she holds her audience spellbound. The brand new single ‘Burn’ is out now, taken from her forthcoming studio album.