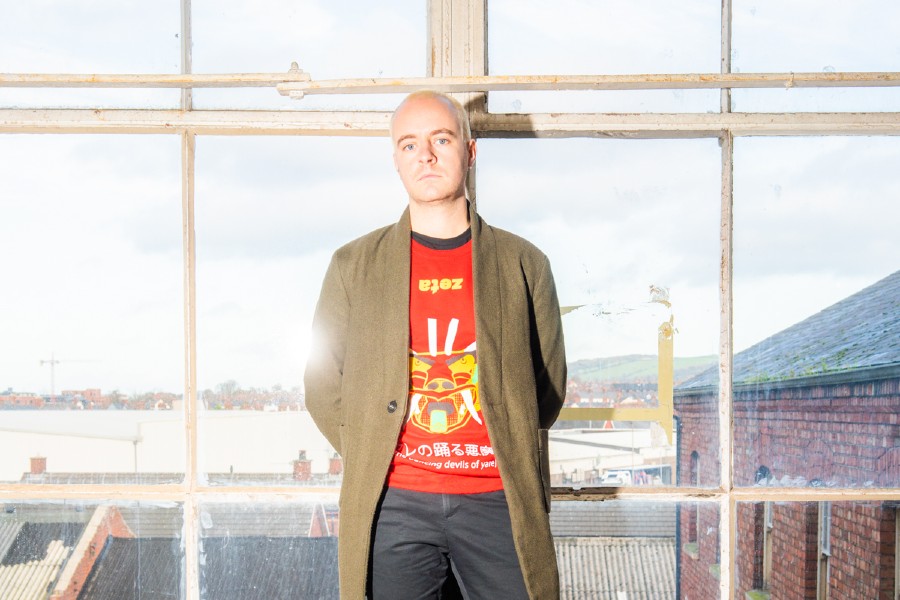 CATALAN! is a straight-up celebration of diversity and curiosity, and marked a clean break for Belfast-based musician Ewen Friers, one-third of Northern Irish punk trio Axis Of, it’s bombastic, forward-pushing indie rock emboldened by the world around us.

‘Roussillon Serenade’ is a fitting snapshot of the CATALAN! debut as a whole. It has an urgency and energy, you can hear influence from all manner of exciting global sources and it’s somewhat difficult to put into any specific stylistic box. Irreverent duel vocals barked in unison, interlocking wiry guitars and an almost hypnotic drum pattern combine to give us this tense take on world music meets post punk. The lyrics are front and centre, a surrealist vision and ultimate mash up of reference and satire. In true CATALAN! style one line deals with social media and airport etiquette whilst the next is 17th century Dutch painting or World War 2 Resistance.

Ewen Friers says, “This song is a dream to play live, it’s so full of energy. The video maker described it as Joe Strummer and the Mescaleros meets Talking Heads… I’ll take that!”

This single release precedes a full announcement of a bonus material EP for charity.