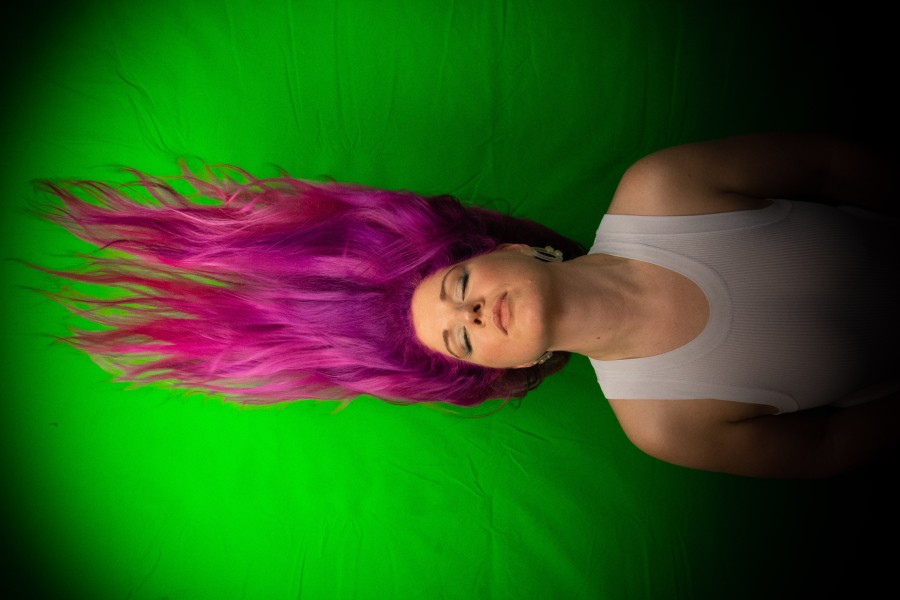 Caz9’s latest single ‘Ok’ is a breakup letter to bad habits. It figuratively explores one’s relationship with taking substances, drinking and overeating, which are all coping mechanisms for someone dealing with difficult times.

The video for ‘Ok’ is a mystical allegory for a night out, following a trio of disco witches on a hallucinatory trip through nature and the cosmos. Filmed in several locations around Wicklow, the witches dance their way through forests and stunning mountainscapes, drink psychedelic tea before shedding their white capes to reveal dazzling disco dresses. “Chasing the high from a party to alleviate your worries is cathartic, but too much of a good thing can leave you empty and eventually I realised I couldn’t keep “doing this to myself” – which is the last line of the song.”

Caz9 wrote and directed the video herself, working with two professional choreographers, Vicky Andreanska and Clodagh Smullen, who also star in the video. “I was very lucky to have such a talented team to help me bring my vision to life. This is the first time I’ve danced in one of my videos which is just a dream come true. I’ve always loved dancing but it wasn’t until lockdown that I started to take it seriously again. It’s become a huge part of my life in the last year and has been one of the major reasons I’ve been able to kick some of those old ways of being. That – and lockdown of course!”

A brilliant advocate for change, Caz9 has previously helped raise awareness for gender equality in the arts when she was handpicked for the Smirnoff equalising Campaign in collaboration with American DJ The Blessed Madonna and Irish collective ‘This Greedy Pig’ to help elevate female and female-identifying electronic music makers.

She states “I wrote this song at a stage in my life when I was doing far too many things that weren’t good for me and I was feeling sort of out of control… Habits can keep us feeling stuck and unable to move forward.”

Providing an honest insight into her work, Caz9 candidly goes on to state “I have been self-medicating for anxiety since I was a teenager – which is a long time. Habits like that become part of who you are, become part of your identity, just like a relationship where you know the other person is bad for you but you can’t help going back to them.”

And just like a real relationship, there are good times and bad times, and feelings change over time. She warns that “dependence on any habitual behaviour for managing anxiety is a hard relationship to break out of.”

To date, Caz9 has toured venues including Whelans, Sin É & The Button Factory, as well as appearances on the festival circuit with Electric Picnic, Body & Soul, and We’ve Only Just Begun Festival, amongst many others.

Caz9 wrote and produced the song in her home studio, employing the talents of Conan Brophy to add some finishing production touches and have it mixed and mastered. The video was edited by her husband, filmmaker Nicholas Whelan of Camoberg Productions.

If you would like to stream ‘Ok’ and keep up with Caz9’s latest releases you can do so here.