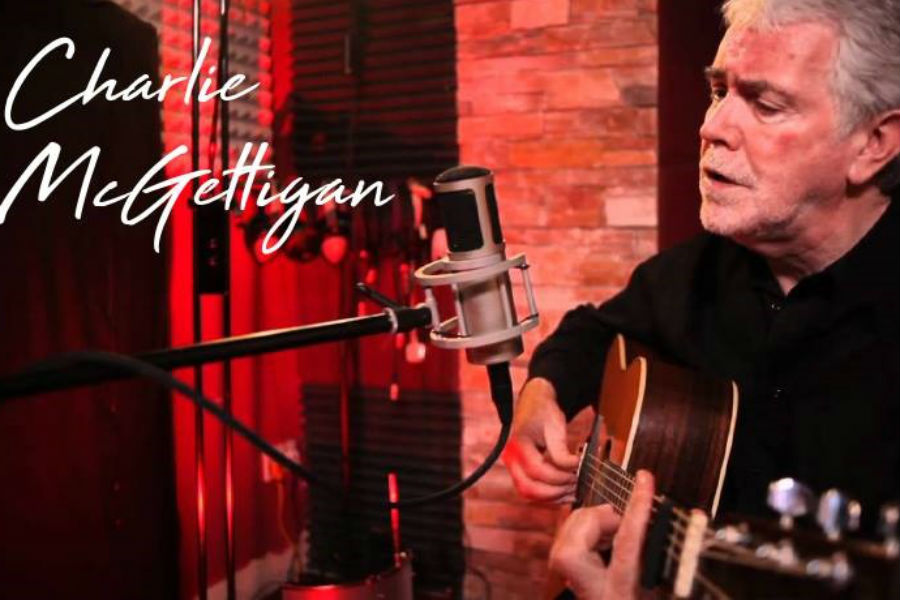 People in Clare are in for yet another great musical treat with Leitrim based folk singer Charlie McGettigan set to play in Liscannor. The gig, on Sunday July 28th at the Cliffs of Moher Hotel, is part of the popular Anam Music series of concerts.

Charlie has worked with artists like Maura O’Connell and Eleanor Shanley who both recorded many of his songs including ‘Feet Of A Dancer‘, ‘A Bed For The Night‘ and ‘If Anything Happened To You’.

Charlie joined forces with Paul Harrington and Brendan Graham to win the 1994 Eurovision Song Contest for Ireland with ‘Rock n Roll Kids‘. He has released many solo albums including ‘In Your Old Room‘, ‘Family Matters‘ ‘The Man From 20‘ and ‘Stolen Moments‘ produced in Nashville by legendary producer Bil Vorndick.

These days Charlie tours both here in Ireland and abroad. He presents “The Saturday Connection” on Shannonside/Northern Sound Radio, a two hour programme where he previews live music and theatrical events, interviews guests from the world of arts and entertainment and plays an eclectic mix of music and song on CD. As well as serving on the Board of IMRO, Charlie is also a member of the Board of The Dock Arts Centre in Carrick on Shannon, Co. Leitrim.

Charlie McGettigan performs as part of the Anam Music series at the Cliffs of Moher. Anam was founded by Ennistymon music lover Pat Ryan with musician and Clare FM presenter Eoin O’Neill, was created to offer a unique family-friendly listening experience for people who are passionate about good music. Previous Anam Music gigs with John Spillane, Declan Sinnott and Don Stiffe attracted rave reviews and listeners are sure to enjoy what looks set to be another great evening.

Hotel in Liscannor on Sunday July 28th at 7pm. Tickets are priced €15 + booking fee and are available online via Eventbrite.   https://www.eventbrite.ie/e/charlie-mcgettigan-tickets-63593898061