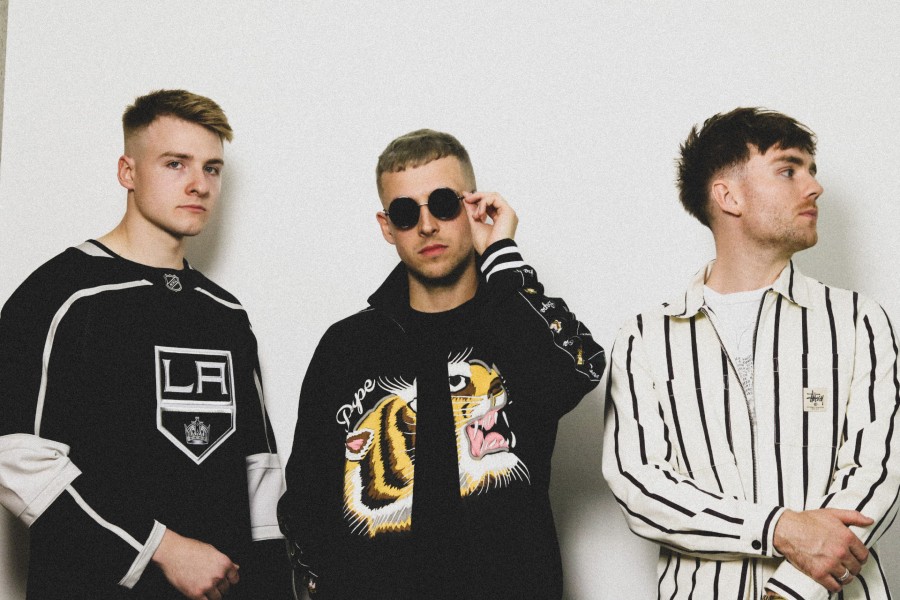 Never a band to do anything by halves, Chasing Abbey have been relentless in their work throughout their career so far. Today, their latest move comes in the form of a self-directed new video for their recent viral hit ‘Lately’, featuring top Irish influencers Niamh Cullen, James Kavanagh and Bonnie Ryan, who collectively boast over 350k Instagram followers.

Niamh Cullen: “The Chasing Abbey boys made the shoot an absolute dream! I always wanted to be in a music video and this is my first one so I’m so excited and absolutely love the boys and the track!“

James Kavanagh: “The video was gas craic, I basically had to pretend to be Ro’ all day and dance around a Ferrari, of course, I wasn’t saying no to that!“

Bonnie Ryan: “I think it was extra special because there was no production company involved, it was just the guys and that made it much more laid back and a lot more fun.“

The concept for the video, which was filmed in Chasing Abbey’s hometown of Tullamore, Co. Offaly by Usman Akhtar, was developed by Big & Bright and Chasing Abbey together, with the narrative entirely created by the band.

“It was a really special and important step in our careers taking on this video ourselves,” says Chasing Abbey’s Teddy C. “It was always something we knew we would eventually end up doing but we knew we had to gain the experience and knowledge first.”

“In terms of the video itself, we are really pleased with it. We captured the vibe we were going for and that’s the most important thing, creatively speaking. It will be the first of many!“

Explaining the concept behind the video, Big & Bright director Shane Gillen says; “The influencers are playing the part of Chasing Abbey, while Ro, Bee and Ted feature as a shopkeeper, a pizza delivery guy and a reporter.

Along the way, “Chasing Abbey” have annoyed the three characters who then team up to find them and get revenge. However, the video culminates with all six joining forces to perform the viral TikTok dance for the track that the Chasing Abbey boys came up with.“

‘Lately’ has garnered near-unprecedented success since its release a little over a month ago. Debuting at No.1 in the Irish Homegrown Charts (where it’s still holding on at No.2) and at No.26 in the Official Irish Charts , ‘Lately’ has gone on to amass almost 500k streams, and reached No.23 on the Spotify Viral Chart thanks to features on popular editorial playlists such as New Music Friday UK, Dance Rising, New Dance Revolution, Friday Cratediggers & Hands In The Éire.

There has been huge support for ‘Lately’ from Irish radio too, with the song amassing over six million impacts. It reached No.2 on the Irish Radio Breakers Chart and No.7 in the All Irish Radio chart, while it recently hit the top of the Irish Shazam charts . Perhaps most impressively, was when ‘Lately’ was played on J Wave 81FM, one of Japan’s biggest radio stations. It’s clear that Chasing Abbey are going global!