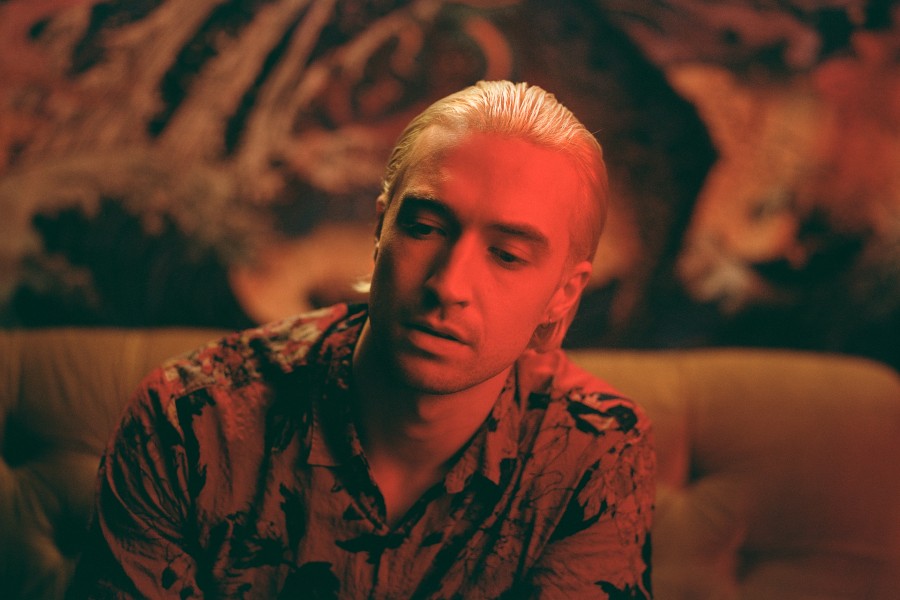 2020 was the breakout year for Irish artist and producer Christian Cohle. We saw the release of singles ‘Breathe’, ‘Wallflower’, ‘Drown Me Slow’ and ‘Ghost’, as well as Cohle’s debut Ireland Music Week performance, it’s been a year gearing up for his anticipated debut album ‘Holy Trouble’ which will be released on February 19th alongside single of the same name ‘Holy Trouble’ today, February 12th.

Cohle’s talents have been recognised in Ireland and internationally and we’re delighted to share this body of work with you.

Songwriter/producer, Christian Cohle has a quietened confidence and vision about him. With his slick backed bleached hair and gaudy coloured shirts. Christian Cohle, in his enigmatic way, instantly draws you in; looking as if he has hailed from some sort of cosmic drenched yakuza dystopia.

He has an awe inspiring vulnerable approach to songwriting, and his fragile impassioned voice has been cited among multiple press. His sound is a force and is wholly unique drawing influences from the electronic and alt genre.

2020 has been a great debuting year for Cohle. He’s gained huge blog support over the year both in Ireland and internationally, with radio support from radio stations 2FM, Today FM, Spin, Red FM and the BBC as well as performing at Ireland’s best known music festival for emerging artists, Ireland Music Week 2020. Noted by multiple blogs and magazines, and recently names by The Line Of Best Fit as one of their Artists On The Rise for 2021, Cohle has been said to be a firm one to watch in the electronic/alt-pop world.

His lyrics are entirely his own, reflecting his vulnerability, narrated at times colloquially and other times, almost as if he is in a different world talking with spirits, dreams and undergoing some sort of mythical journey. His sound displays his love for music production, and his unique way of composing drum and bass lines. His layering of synths and textures all sit underneath dramatic emotive lines that one could imagine in Hollywood film.

During 2020, Cohle has released a brace of four singles and two music videos with multi-award winning film director Tristan Heanue, while also 2021 he promises to be even more prolific, releasing his debut album Holy Trouble, alongside music video directed by Tristan Heanue and starring some of Ireland’s best actors Olwen Fouéré (Mandy, The Northman, The Texas Chainsaw Massacre ) and Caoimhe O’Malley (The Last Duel, Dublin Murders). Cohle has even begun going into the studio to record his second album, a testament to the artists work ethic and drive.