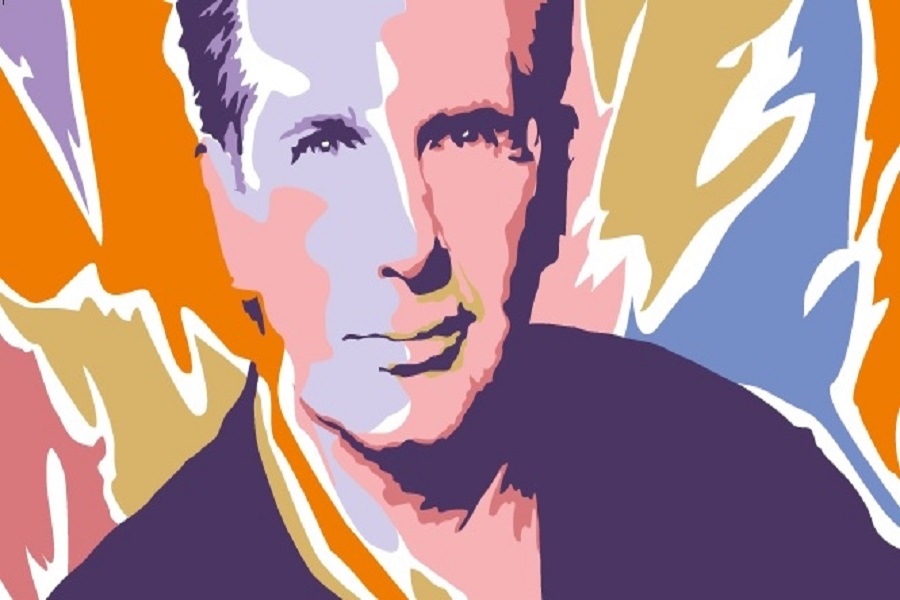 The Christie Hennessy Song Competition takes place as a tribute to the life and music of one of Tralee’s most famous sons. The ten finalists below were selected from over 200 entries and they will perform their original song in front of a live audience and a panel of expert judges. The winning songwriter will be presented with a cheque for €1,000 on the night, courtesy of Tralee Credit Union while the runner up receives a cheque for €300.

Carrie Haskins is a young singer, songwriter and musician from Kildare who describes her musical style as ‘country crossover’.
Carrie Haskins (moniker of Carolann Haskins) has ‘listened to and been inspired by country music’ since she was a child. While her style is rooted in an ‘honest blend’ of American Country and Pop, her palette of influences range from Brad Paisley to Tammy Wynette. Carrie ‘emits a beautiful and emotionally real sound that wins over many listeners’.

Carrie has studied music for a total of six years. Commencing her musical education at the Ballyfermot College of Further Education, her studies continued at the British and Irish Modern Music Institute (BIMM) Dublin, where she recently completed the song writing stream graduating in 2015 with a B.A Honours Degree in Commercial Modern Music

Celebrating the release of her Debut EP ‘Country Spirit’ in 2014, Carrie’s records can be described as a mix of upbeat and more relaxed ballads. Musical gems like “The Letter Goodbye” (released as a single and video), “Country Spirit”, “Don’t Wanna Dance”, “Mine” and “Revenge” make for a captivating and rapturing listen. Her arrangement of lush instrumentation intertwined with rich vocal lines and harmonies from her opening track ‘Country Spirit’ right through to the closing track ‘Revenge’ transport you (the listener) through a journey of emotional highs and lows, lyrically, melodically and instrumentally.

In 2011, Carrie received major accolades and recognition appearing on and reaching the battle stages of “The Voice” in Ireland.

Elaine hails from Dublin and has been singing, writing music and playing gigs for many years. Her musical influences range from Nirvana to Jeff Buckley, Joyce to Bishop to her family and friends. When she is not playing music, Elaine writes poetry and paints. Her Debut album, ‘The Clay We Stood Upon’, is due out in the New Year.

Katie O Connor, is 18 years old, and is currently living in Raheny, Dublin.

Having just started her first year studying music in BIMM, she has been singing and writing since the age of 12.

Her dream is to become a professional singer/songwriter, and at the age of 15, she wrote a song for her cousin who was diagnosed with very serious cancer aged 5. The song is available on iTunes and you can view the video on YouTube.

Katie, has performed her song live on various radio and television shows including – TG4, The Pat Kenny Show and Radio Nova to name a few. As well as performing live on radio, Katie also performs her original songs live, in various well known venues around Dublin. 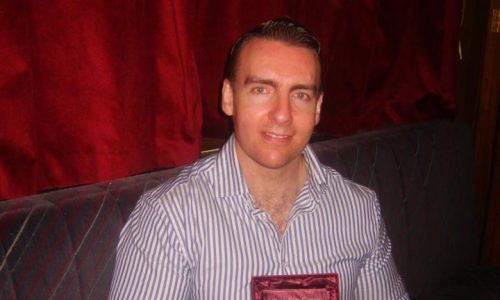 Leo Capper is a Songwriter and Music Producer, based in Dublin, Ireland. Over the last 5 years he has won two Songwriting Awards and has been writing and producing music seriously since 2010. Music has always been a passion since his childhood.

He has featured in music magazines, such as Hot Press and Future Music. Leo enjoys writing in multiple genres of music, from Pop & Dance, Urban/ Hip Hop to Ballads and Tropical House. His talent was enhanced by attending Songwriting camps and this has led to numerous successes, i.e: entry into Ireland’s Junior Eurovision (2015) and music placements on MTV USA.
He is currently working world wide, collaborating with Songwriters in Los Angeles, Italy, Berlin, London and Sweden.

In August 2015 he travelled to Hollywood, California to work with other Songwriters, which has led to further placements.

His latest release was issued from Berlin under Sony Music and Warner Music and is a Dance track called “Sing Forever”. It was released in summer 2016, the song is featured on 5 Dance compilation CDs, currently charting at No.2 in the Dance charts in Germany. Following on from this success, he is continuing to work on future releases. Eva Campbell who is Leo’s cousin will be performing ‘Memories Just Remain’ at the final. Both Leo and Eva reached the final stages of the Irish Junior Eurovision last year.

Louise Bolger and Sian Hanley are a duo of songwriters based in the southeast of Ireland, who have been collaborating since the end of 2015. Unified by their shared love of all things indie folk, influences include Gregory Alan Isakov, Laura Veirs, Damien Rice and Leonard Cohen.

Both Louise and Sian have day jobs which keep them from pursuing their passion fulltime. Nonetheless, their goal is to continue to write whenever time permits and to release their upcoming Christmas song in time for 2016. Their style has been described by other musician’s as falling somewhere on the indie folk spectrum.

Neil Moran is a singer songwriter from Kilbeggan, Co Westmeath. He has been writing songs since his mid-teens and has been performing in venues around Ireland for the past 4 years. Artist’s influences include Damien Rice, Glen Hansard, and Mick Flannery.

2015 was a breakthrough year for Neil. He performed as a supporting act in the Olympia Theater, Dublin in February, followed by a small summer tour along the west coast of Ireland.

Currently he is working on the final touches of his debut EP titled ‘In Time’ which is set for release December 2016.

Pine The Pilcrow – Don’t Need Me

Pine The Pilcrow write stilling, lullaby-esque music compromising of piano (Kevin Murray), cello (Robert Campbell) and fiddle (Hannah
Ryan) with a combination of gruff and angelic vocals. Melancholic melody lines evoke emotion as they drop onto your ear and cause a ripple
of reflection.

Formed in spring 2015, Pine the Pilcrow has enjoyed a busy and warm reception to the Dublin music scene. They quickly found themselves rising in demand as they were chosen to perform at The Hard Working Class Heroes Festival, Smock Alley’s Scene & Heard arts festival, Vantastival and a record four stages at this year’s Electric Picnic.

They have supported Anderson and Inni-K nationally and were named by The Ruby Session’s Conor Donovan in The Irish Times as one of his top 3 highlights of 2015. Their recent debut EP has received widespread critical acclaim.

They have just been nominated as Best Newcomer at the 2016 Pure M awards and are looking forward to an exciting 2017.

Robert Grace – Talk to Me 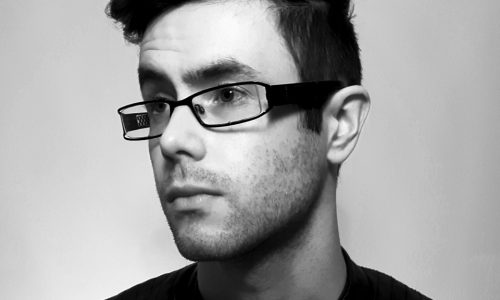 ‘TALK TO ME’ may have been Robert’s debut solo release, however, this all rounder from the beautiful town of Graiguenamanagh in Co. Kilkenny is no stranger to the studio, or the charts!

In his capacity as writer and producer, Robert has helped other artist’s music achieve chart success.

It seems righteous, therefore, that his own EP, ‘Talk To Me’ entered the iTunes album chart at No 2 on its release in May, and that the title track from the EP has garnered strong airplay across the country since its issue. Indeed, ‘Talk To Me’, the radio single, was the most played song on RTE Radio 1 this June.

Irish Singer Songwriter and multi instrumentalist Shane Ó Fearghail has his own take on being a full-time traveling musician. “Writing strong songs and delivering them with even stronger performances”, is how he assumes the mantle of the performing songwriter.

Shane, has learned a thing or two over the years and has the mileage to prove it! Between playing more gigs than there are days of the week and working with songwriting collectives throughout Europe, you would think that this Irish singer songwriter would have no time to fit more in. Think again! Having just managed to add another great title to his ever growing list of albums – ‘They Might See Dolphins’ – album number three, has made its way quietly and effortlessly out into the world!

Without Willow – Sail My Direction

Without Willow are a folk musical duo from Co Donegal, Ireland. Consisting of Karen Kelly and Simon McCafferty, the pair write and perform their own material, amassed from a wide variety of influences, they blend various styles of music to craft a unique sound that is truly their own.

Together they weave songs of love, loss and hope with enchanting vocal melodies, harmonies and a subtle yet intricate guitar style that sets them apart from their contemporaries. The pair have performed together numerous times, including at Clubeo, hosted by Moya Brennan of Clannad, The Swell Festival, Earagail Arts Festival and have supported Declan O’Rourke, Eddi Reader and most recently Vieux Farka Touré.