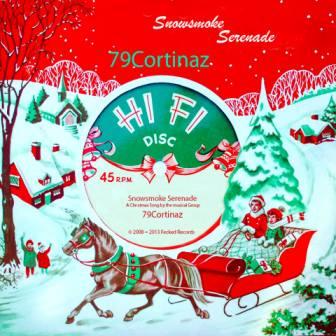 79Cortinaz will be releasing a Christmas charity single this December 5th. The band are donating half the proceeds from their single, “Snowsmoke Serenade”, to The Friends of St. Lukes Cancer Care.

The single, which was mixed by Mark McCabe and produced by Rat Scabies, will be available from most digital outlets including iTunes and Amazon and can currently be streamed at http://79cortinaz.net.

79Cortinaz, originally formed in 2003, are currently working on new material which they hope to release in 2014.