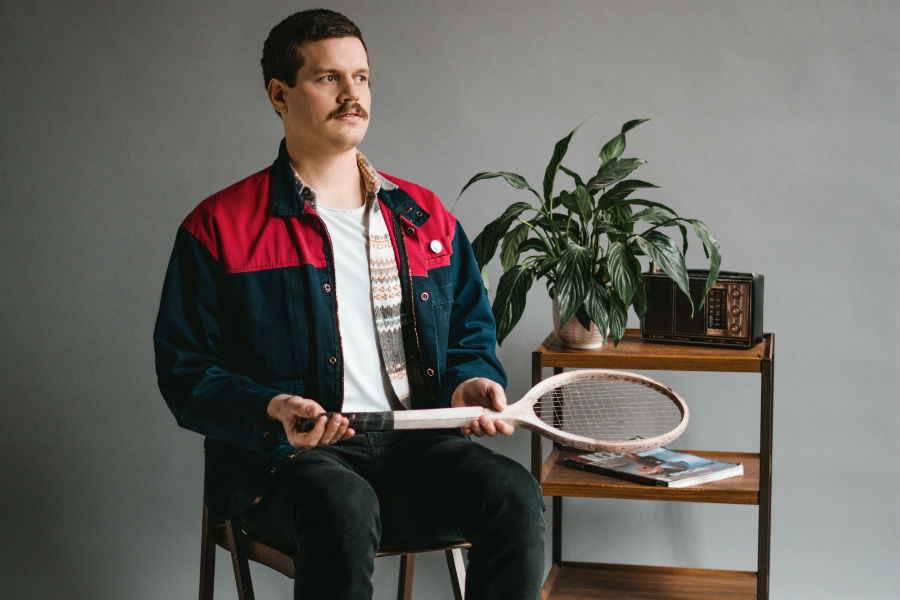 Singer-songwriter and Bear’s Den touring member Christof van der Ven has announced his long-awaited debut album ‘Empty Handed’. The Dutch musician will release his debut, the culmination of years of hard-touring, writing and recording on the 13th​​of April.

Born near Eindhoven in the Netherlands and raised on a steady diet of 1960’s American / English folk and his Mother’s classical music, Christof travelled to Galway in Ireland intending to spend a few months writing and developing songs and ended up staying for 4 years, taken aback by the generosity of the people there, he produced 2 EPs – Springtime (2010) and Honey Tears (2011) before relocating to London where as a pot wash he worked his way up the ladder, eventually working as a chef in a number of London restaurants.

All the while he was writing and making music, two more EP’s followed as well as extensive touring in the UK and US with artists including Bear’s Den, The Staves (who feature on the album, providing backing vocals on ‘Oh When the Night’), and The Boxer Rebellion.

Christof’s debut album is reflective of his already varied career up until this point, featuring music written over a number of years in places all over the world from his beloved Galway, to his home in London and far flung places he has visited with Bear’s Den. The song ‘Montreal’ for example was written while stranded in Canada on tour “Its​ about the end of one era and the beginning of a new one – moving on from old love to a new life” explains​ Christof. This journey is mapped in his music, it’s base firmly in folk but along the way, picking up expansive synths and electronics, alt-pop and the constant lingering sense that deep-down, his noisier sensibilities might get the better of him at any moment.

‘Empty Handed’ is a gorgeous record that draws from influences like Damien Jurado and Fionn Regan, with chest-pounding, Springsteen-esque instrumentation, Grizzly Bear infused subtle arrangements and the influence of years spent on the road in Bear’s Den all coming together to create a record that at it’s very core, has been crafted slowly and carefully by an artist who has honed his craft on some of the biggest and smallest stages in the world.

Talking about the album Christof said: “It’s​ taken me ten years of dragging myself around and playing to whoever would listen, putting out EPs in the hope that they would be heard, and frankly procrastinating in the hope that the elements would combine with enough force to kick my arse into making this album. These songs are the culmination of my experience of the world to date, the story of me and mine from growing up in the Netherlands, over to rural Ireland, here and now in London and everywhere in between. They’ll take you from urban sprawls, to nature’s wilderness, through fugitive love affairs, and home to your beer stained sofa bed (if you have one).”

Christof’s music has also caught the attention of Bon Iver’s Justin Vernon who after becoming a fan has invited him to open one of the dates of his huge upcoming residency at the Hammersmith Apollo.

‘Empty Handed’ will be available on the 13th​​April 2018. Christof will be heading out on a UK / EU tour in April as well as opening for Bon Iver at the Eventim Apollo on 26th​​February and at the ‘Naked Song’ festival with Lisa Hannigan on the 14th​​of April in his hometown of Eindhoven.